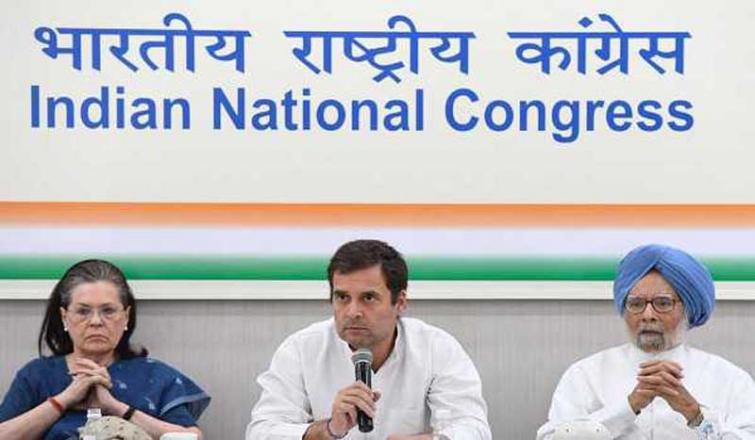 New Delhi, May 25 (UNI) Amid demands from various quarters to fix responsibility for the massive setback in the 2019 Lok Sabha election, the crucial meeting of the Congress Working Committee (CWC), party's highest decision making body, to analyse the poll debacle, ended on Saturday.

The meeting, chaired by Congress president Rahul Gandhi, started at 1100 hrs at party headquarters. Mr Gandhi is facing severe criticism for the poor show and was believed to have offered to resign.

It is learnt that Pradesh Congress Committee(PCC) chiefs and respective in-charges of states had offered their resignations.

However, Madhya Pradesh Chief minister Kamal Nath, who is a special invitee to the CWC in his capacity as the Chief Minister, did not attend the meeting.

According to media reports, he has clarified that the Congress legislative party will be held on Sunday and that he is meeting the party MLAs.

Congress had won one seat in Madhya Pradesh, that too by Nath's son Nakul Nath from his traditional Chhindwara seat, where the party came to power in December 2018.

Nath's government is facing a threat from the BJP as the Congress alleging that the latter is trying to destabilise the government.

The Congress faced a rout for the second time and ended at 52 seats, increasing just eight more from its tally in 2014.'