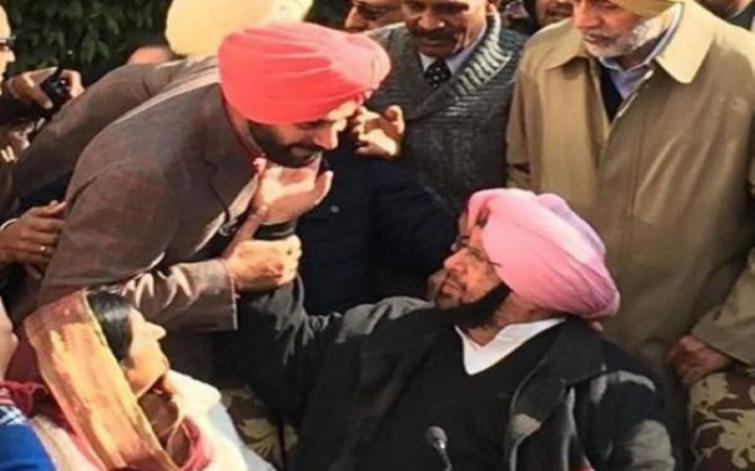 The CM, during a press conference after the May 23 debacle of the Congress nationwide, blamed Navjot Singh Sidhu for the poor show of the Congress in the state in the general polls, specially in the "urban areas”, due to his moves like hugging Pakistan Army Chief Qamar Javed Bajwa while visiting the neighbouring nation to attend PM Imran Khan's oath-taking ceremony last year.

The entire episode had triggered a controversy last year.

"How could something like that be tolerated, especially by army personnel who are being killed by Pakistan-backed terrorists?" the CM was quoted as saying by the media.

“We lost the Bathinda seat due to his ill-timed statement. Sidhu has not been able to handle his department. We have not done well in urban seats such as Sangrur, Bathinda and Hoshiarpur as the local government department headed by him did not do any development work. He is a non-performer. I will take up the issue with the high command once things settle down,” he was quoted as saying by the media during the press conference.

Meanwhile, Sidhu, who was once a part of the BJP, tweeted and congratulated the winners of the polls: "I take a bow to the mandate of the people of India... Voice of the people is the voice of God. Congratulations to the Bharatiya Janata Party!

In Punjab, the Congress won eight out of 13 seats.