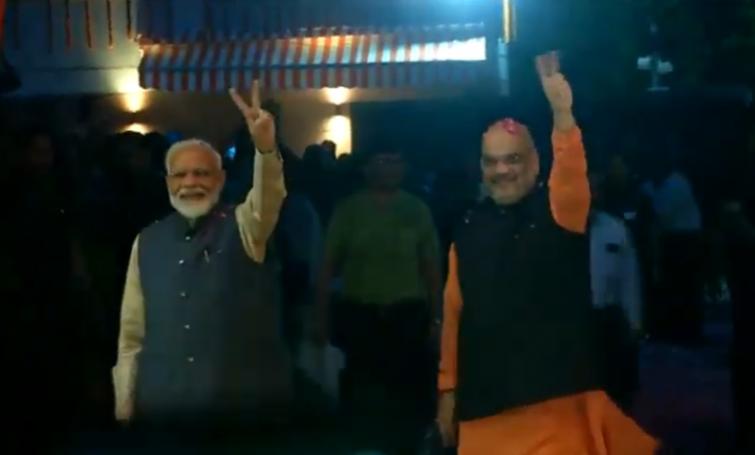 New Delhi, May 23 (IBNS): Narendra Modi, who is set to return as the Prime Minister of India, arrived at the Bharatiya Janata Party (BJP) headquarters on Thursday evening. Party president Amit Shah spoke first slamming the opposition for their negative campaign.

As the NDA is set to return to power for a second consecutive term with a thumping majority, all BJP leaders including Amit Shah gathered at the BJP headquarters in a show of strength.

"The highest percentage of voting since Independence occurred in this election despite hight temperative hovering around 42 degree celsius," said Modi thaking voters for reposing faith in democracy.

This will be Narendra Modi's second term as PM.

In his first reaction after the trends, Prime Minister Narendra Modi tweeted and said the result reflected India's win in the general elections.

The Congress-led UPA is leading in 85 seats.

Other parties are ahead in 107 seats.

In 2014, Modi and his BJP had registered a thumping victory in the general polls to form the government at the Centre.