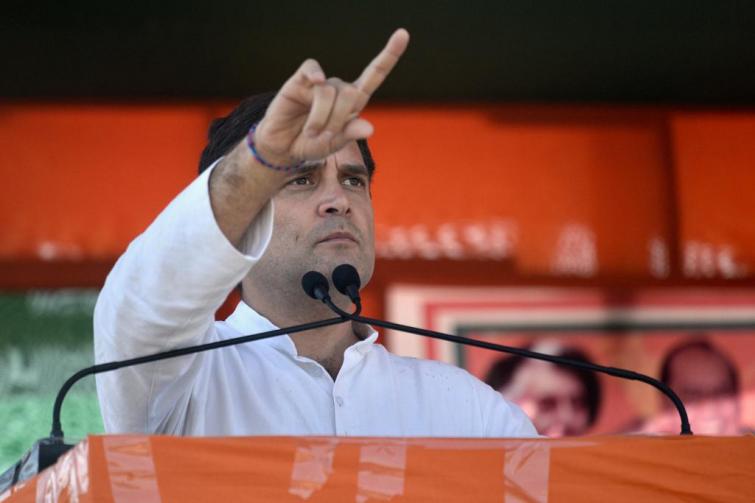 Gandhis in huddle as Congress is moving towards second consecutive defeat

New Delhi, May 23 (UNI) Facing a second consecutive rout in the Lok Sabha polls, Congress' first family is in close contact with each other as both mother and sister visited party president Rahul Gandhi, who is trailing behind BJP's Smriti Irani in Gandhi-Nehru family's traditional seat Amethi.

Hours after UPA chairperson Sonia Gandhi too visited Gandhi, as the former is heading to a comfortable win in her traditional seat, Rai Barely against the BJP candidate, Dinesh Pratap Singh.

The Congress is facing a rout similar to 2014, the latest trends say the party is leading in 55 seats against BJP's massive 282 seats.

According to the latest figures, Gandhi is trailing against BJP's Smriti Irani by around 15,000 votes in Amethi, while in his second seat Kerala's Wayanad, he is leading by more than three lakh votes.

Vadra was inducted in the party months ahead of the Lok Sabha polls and given charge to Eastern UP, hoping the party could make a lead in the saffron ruled state.

However, the initial trends indicate that the Congress cannot make any changes, as the BSP-SP-RLD Mahagathbandhan was the third force in the contest in UP.