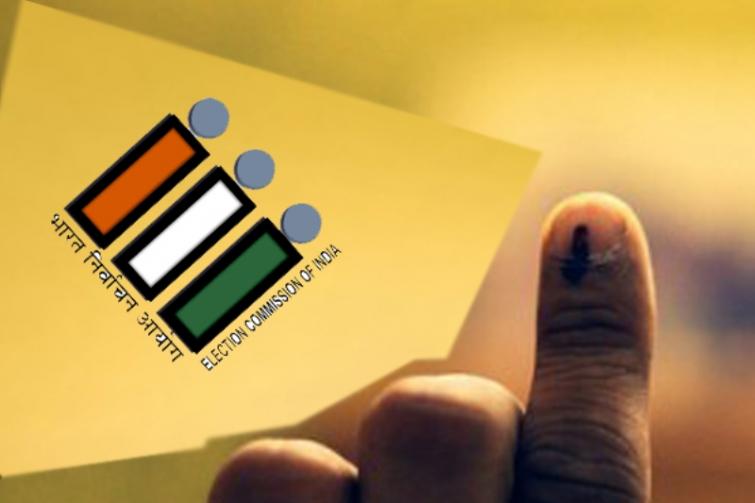 New Delhi, May 22 (IBNS): The Election Commission (EC) has rejected the Opposition's demand to tally the Voter-verified paper audit trail (VVPAT) slips before the beginning of the counting process, media reports said.

Representatives of 22 opposition parties met the poll body on Tuesday.

The Supreme Court on Tuesday refused to hear a Public Interest Litigation (PIL) seeking a 100 per cent matching of Voter-verified paper audit trail (VVPAT) slips with Electronic Voting Machines (EMVs) while counting of votes for Lok Sabha polls on May 23.

The Supreme Court had then asked the Election Commission to increase random matching of VVPAT slips with EVMs from one to five polling booths per assembly segment in Lok Sabha polls.

However, the Commission informed that matching VVPAT slips with each EVMs would be time-consuming even as the court said it would provide more satisfaction to the political parties.

The 22 political parties, that are collaborating to keep the BJP out of power, sought a meeting with the Election Commission after exit polls on Sunday predicted a comfortable victory for the BJP and its allies.

Full statement of the EC on the issue:

A delegation of 22 Political Parties met the Full Election Commission on 21st May 2019. Amongst other issues which they raised was the request to count VVPATs slips before the commencement of counting of votes polled in EVMs.

Immediately after departure of the delegation, The Commission deliberated on the issue with senior officials dealing with this issue in ECI. After two rounds of in-depth discussions yesterday and today, it has neither been found possible nor feasible to accede to this demand in the overall context and especially in view of the judgment of Hon’ble Supreme Court in Writ Petition (C) No.273 of 2019 delivered on 8.4.2019.

The said judgement directs that the random selection of VVPATs shall be subjected to the process of slip verification as per the guidelines 16.6 of EVM Manual in force. (https://www.eci.gov.in/files/file/9230-manual-on-electronic-voting-machine- and-vvpat/ )

There were some other procedural issues like allowing counting agents of candidates along with all Returning Officers and Assistant Returning Officers on which necessary instructions have already been reiterated and wherever required made more candidate-friendly.

The Commission while thanking all the esteemed Members of the delegation assures them and all the electors of the country that the entire counting especially guarding the strong rooms and counting centres shall be done in an absolutely fair and transparent manner.