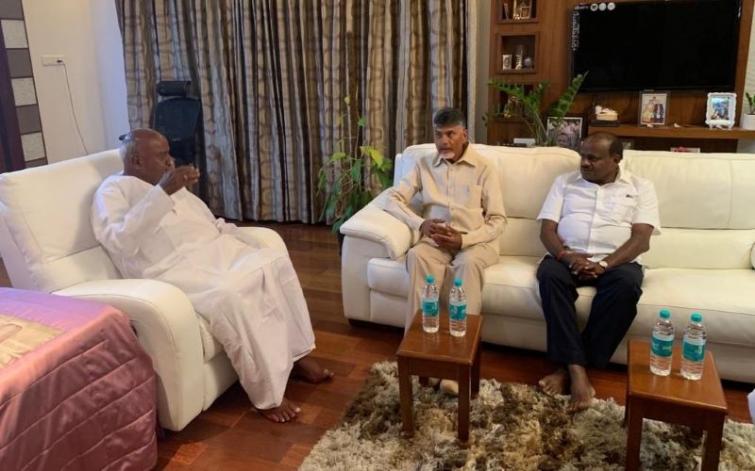 The Andhra Pradesh Chief minister, who had arrived from New Delhi directly to Bengaluru met Gowda and his son H D Kumaraswamy on Tuesday night and closeted with them for more than half-an-hour at Gowda's residence.

Naidu reportedly discussed about the post-result scenario of the Lok Sabha elections in the country and the strategy to be taken to work together to keep the Saffron party away from the seat of power at the Center.

The late night arrival of Naidu to the state, and meeting Gowda and Kumaraswamy, assume importance as both the leaders chose to stay away from taking part from the Opposition party leaders meeting.

Both the leaders including Gowda, had earlier cancelled his proposed visit to New Delhi to accompany the Opposition leaders, on Monday.

Kumaraswamy had also cancelled his scheduled visit to New Delhi and chose to skip his participation in the Opposition delegation.