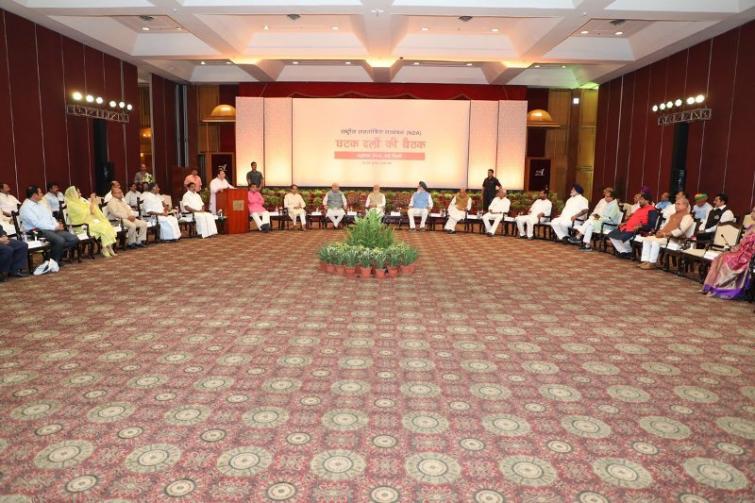 Ahead of counting, Amit Shah hosts dinner for NDA allies

New Delhi, May 21 (IBNS): Two days ahead of the counting, Bharatiya Janata Party (BJP) chief Amit Shah on Tuesday evening reached out to all allies in the National Democratic Alliance (NDA), with a special dinner.

The dinner was also attended by Prime Minister Narendra Modi. 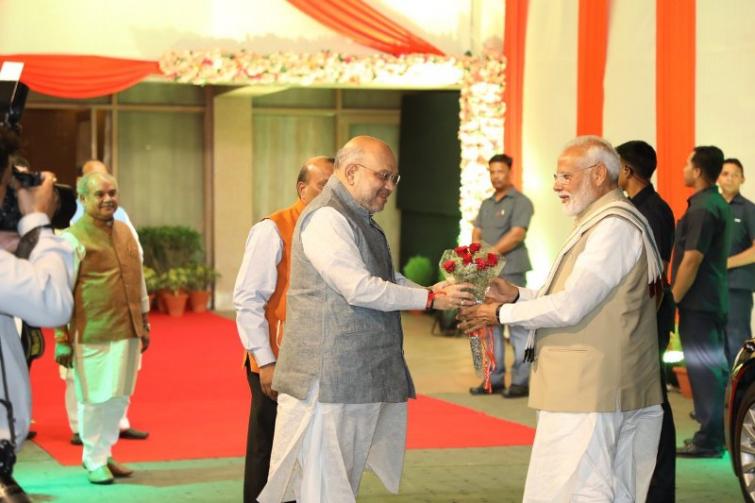 The dinner at Delhi's Ashoka Hotel is expected to act as a strategy session for the NDA allies.

The NDA government was sworn in on May 26, 2014 and exit polls have predicted that the ruling alliance is likely to return to power with a comfortable majority.

Twelve of 14 exit polls predicted the NDA getting full majority with seats ranging seats from 282 to 365. A party or an alliance needs 272 seats to form the government.