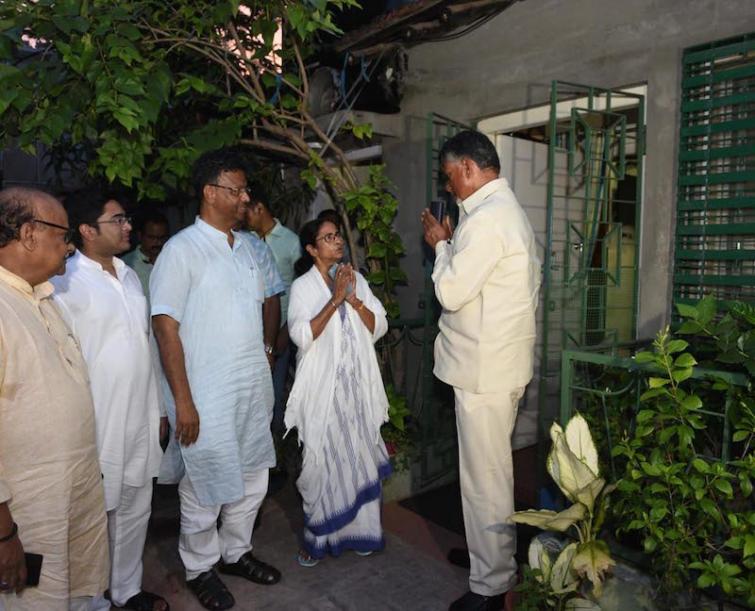 Kolkata, May 20 (UNI): BJP's West Bengal unit president Dilip Ghosh today criticised the meeting between chief minister Mamata Banerjee and Chandrababu Naidu saying their frustration was visible after exit poll predictions and claimed rise of saffron brigade in more than 23 seats out of total 42 in the state.

"The two CMs may have tea together as they don't have much work to do because the BJP would win more than 23 seats in Bengal, and Mr Naidu would also face defeat in Andhra Pradesh," said Ghosh referring to today's meeting.

He said after May 23, the two CMs would not have much work, especially the TDP chief, who would become "valueless" in politics.

Addressing a media conference, Ghosh rejected Mamata's apprehension that a game plan was on to manipulate or replace thousands of EVMs under the cover of gossips, said the chief minster was unwilling to accept the defeat.

Mamata, while rubbishing the exit poll predictions, which said PM Narendra Modi would retain power, said she did not believe exit poll gossip.

"The game plan is to manipulate or replace thousands of EVMs through this gossip. I appeal to all Opposition parties to be united, strong and bold. We will fight this battle together," the TMC supremo said.

Ghosh also warned that any attempt to create trouble in post-result scenario in Bengal would be dealt seriously and for this the BJP leadership in New Delhi demanded deployment of central forces across the state. He said the TMC regime had been unleashing a reign of terror and targeting the opposition after realising the people have started deserting the ruling party.

He said when the opposition TMC won 20 seats in 2009 Lok Sabha poll there was no violence but the same party after coming to power resorted to violence and intimidated both the common people and its rivals.

Answering a question, Ghosh said around 100 MLAs of ruling party had been in touch with BJP. He said the PM had said some 40 legislators, but the number has swelled to over 100 now.