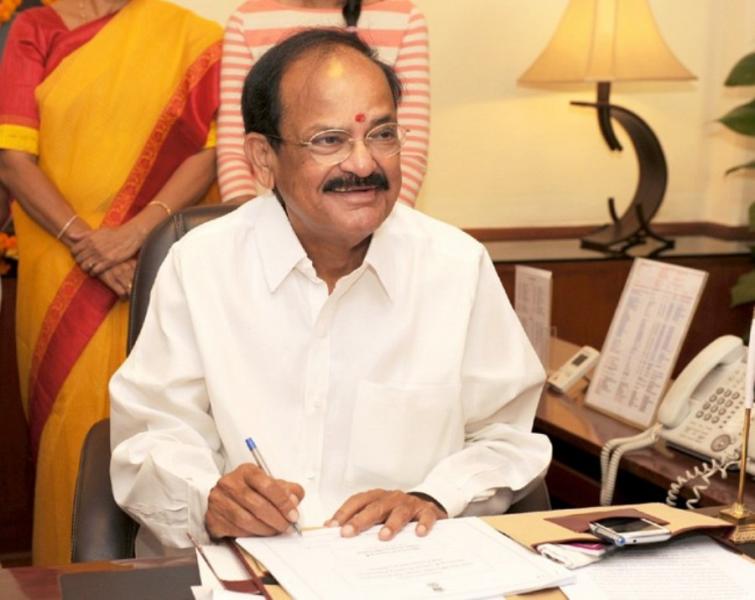 New Delhi, May 19 (IBNS): Vice President of India M. Venkaiah Naidu has expressed his anguish over the low quality of political debates during the just-concluded election campaign with politicians resorting to personalized attacks instead of focusing on larger issues of public concern.

Speaking at a function organized to felicitate the Vice President by his friends and well wishers following the recent conferment of Honorary Doctorate by the University for Peace at Costa Rica, he said that politicians should remember that they are only rivals and not enemies and said that the language should not be abusive.

All political parties, people and the press too should seriously ponder over this issue, he added.

Naidu recalled that during his younger days as a legislator, he used to be highly critical and harsh of the policies of the government but never indulged in personal attacks.

He underlined the importance of respecting the institutions of the Prime Minister, Chief Minister, Leader of Opposition and other public representatives.

The Vice President expressed his anguish over the falling standards in every walk of life.

He appealed to all, including legislators, political parties, institutions and people in public life, to uphold high standards and values.


He also urged the people to select and elect their representatives on the basis of Character, Calibre, Conduct and Capacity to strengthen democracy, although four other Cs—caste, cash, community and criminality are trying to be predominant.

Naidu also took dig at the growing trend of defections and freebies offered by political parties.

He also advised the media not to mix views with news and said that there should be an audit of the performance of the public representatives every five years.

The country and the states need able leaders and a stable government, he added.

Referring to his interactions with foreign dignitaries in India and during his visits abroad, he said the world was impressed with India’s economic momentum. “India is being recognized and respected the world over”, he asserted and pointed out that the Indian economy was moving forward while the global economy was slowing down.

Naidu said that India was respected by the rest of the world for its age-old ethos and civilizational values and for always upholding the principles of peace and non-violence.