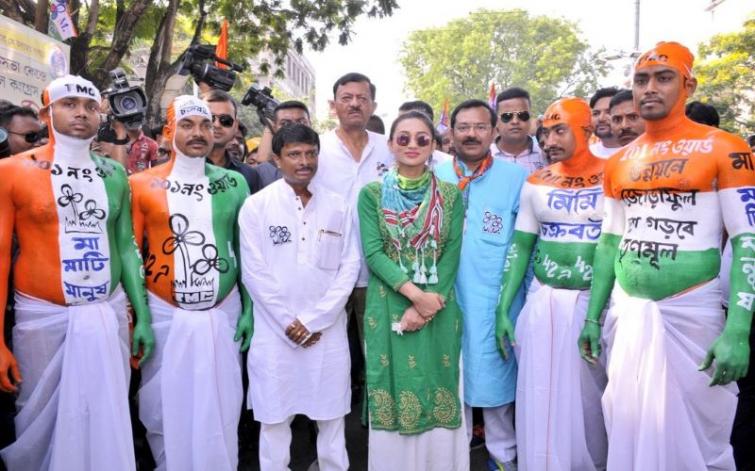 On The Campaign Trail: I am unstoppable, says Tollywood star Mimi Chakraborty

Actress-turned politician Mimi Chakraborty is fighting the Lok Sabha polls from the iconic Jadavpur constituency in West Bengal as a Trinamool Congress candidate. She is pitted against the BJP's Anupam Hazra and a heavyweight Left Front candidate, former city mayor Bikash Ranjan Bhattacharya. Ahead of the polls in Jadavpur on May 19, IBNS correspondent Souvik Ghosh hits the heat and dust of a campaign trail with the Tollywood star to know more..

How different is politics from films?

See both are different places which can’t be compared. One point of similarity between the two is that both caters to public. In both the fields, we work for public but the stages are definitely different.

You are campaigning for nearly two months now. How are you preparing for the political programmes?

See my preparations for campaigning were done much before the last two months. Now it is the ending phase as only few days are left. It has been an amazing experience and I got a huge response from people. I never knew people love me so much or I am known to such a huge number of people, so it is amazing. 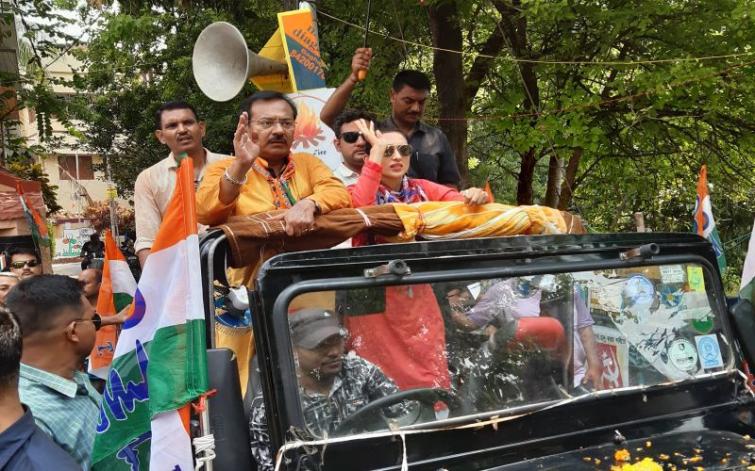 You campaign trail also went through some controversies, be it for wearing gloves during campaign, or using towel over your seat in a rickshaw. What was your initial reaction to them?

You have already explained yourself regarding the controversy. Do you think a politician has to answer a lot about his life?

I never explained myself but shared the real story of what had happened. People who are concerned about my gloves must also know that I run an animal NGO where I used to treat them with my own hands. So this is very stupid to malign a person and I don’t want to talk about it.

Your party is having the highest number of women candidates in this Lok Sabha polls. Do you think politics is a place where gender disparity is much lesser?

I don’t know about other parties but Trinamool has an existing 35 per cent women MPs and 41 per cent women candidates for the Lok Sabha elections. Moreover our Chief Minister is a woman, so it is an amazing thing.

Whenever a celebrity fights an election, a common reaction comes from people is that what they (celebrity candidates) will do in politics or speak in the parliament. How do you respond to that?

Dev (Deepak Adhikari), who is your senior in politics and colleague in Tollywood, has kept saying the political discourse has gone down and people should not get personal while campaigning. Do you believe the same?

Yeah definitely. See after politics is over, all are friends who know each other. I don’t believe in maligning people on stage and saying harsh words against anyone. This is because firstly I am new in politics and secondly, whatever people are saying about me or my colleague Nusrat (Nusrat Jahan) are not stopping us from going ahead. I believe in working and time will speak. 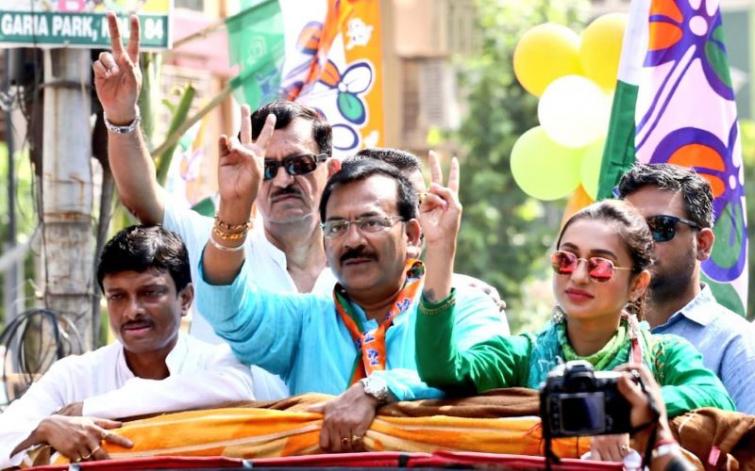 One who follows you on Instagram knows how fitness-addicted you are. So how are you maintaining it in the midst of this busy political schedule?

See fitness is a part of my life. I cannot be without fitness irrespective of my schedule. I cannot have an ice-cream while campaigning or one bowl of sweets when I’m not working out. So yeah it is a part of fitness. And thanks to campaigning that I have lost oodles of weight (smiles).