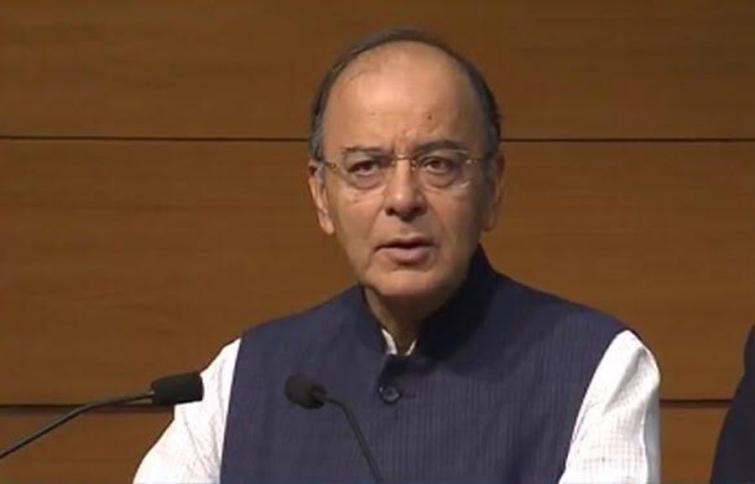 New Delhi, May 13 (UNI) Finance Minister Arun Jaitley on Monday said on one hand West Bengal chief minister Mamata Banerjee is killing the democracy on the other BSP chief Mayawati’s attack on Prime Minister Narendra Modi made it clear that she is not fit for the politics.

Referring to an incident in which BJP president Amit Shah’s public rally was cancelled in Jadavpur as his chopper was not given permission for landing in the area, Jaitley said this is what India’s opposition has to offer to the nation.

“Mamata Didi – Democracy has become a casualty in Bengal. Opposition workers are murdered, candidates are attacked, polling booths are captured and Opposition leaders are not entitled to organise rallies,” Jaitley said in his Twitter handle.

He said on the other hand BSP chief Mayawati was so adamant to become prime minister that she was making personal attack against Prime Minister Narendra Modi for her political advantages.

“Behan Mayawati - She is firm on becoming a Prime Minister. Her governance, ethics and discourse stoops to an all-time low. Her personal attack today on the Prime Minister exposes her as unfit for public life.

“Why have the so called ‘Left Liberals’ gone into hiding?”

Mayawati mounted a scathing personal attack on the Prime Minister saying that he could not be expected to respect other's sisters and wives when he had left his own wife for political gains.