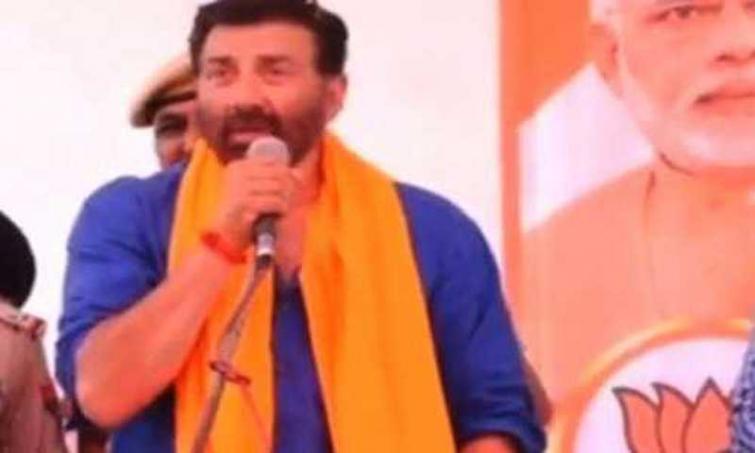 Pathankot, May 12 (UNI): Actor-turned-politician and BJP's Gurdaspur candidate Sunny Deol on Sunday said that the alliance will usher in winds of major development when voted to power.

Addressing the rallies, Sunny Deol said that his sole aim was to usher in development in the constituency which would mean increased employment opportunities and better trading facilities.

He thanked people from bottom of his heart for all the love and generosity they were showering on him, which has created furore in the opposition. He said that when elected to power he would not only thank people from village to village, but will take initiative to solve the problems of villages.

In his filmy style, he said that Prime Minister like Narendra Modi was needed to uproot the existence of neighbouring country that harboured ill feelings towards India. So it was also responsibility of the people of Gurdaspur to ensure that the right kind of person is elected as Prime Minister.

Former BJP State President and ex MLA Ashwani Sharma who accompanied Mr Deol in the rallies said that people of the constituency have decided to fulfil incomplete dreams of Vinod Khanna by ensuring victory of Sunny Deol.