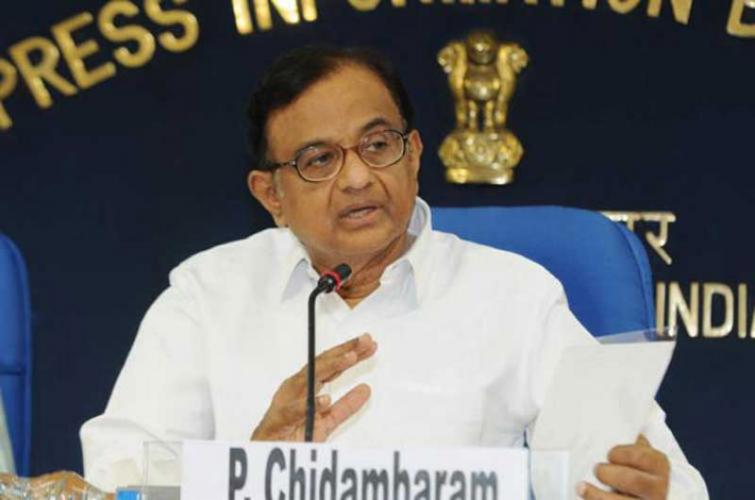 New Delhi, May 8 (UNI): The Congress on Wednesday accused the BJP of forgetting the economy amidst rhetoric and blogging.

Targeting Prime Minister Narendra Modi and finance minister Arun Jaitley, former finance minister P. Chidambaram said: "As it becomes evident that the Modi government is on its way out, the BJP’s desperation has visibly grown."

"With each passing day, as Mr Modi indulges in vile rhetoric, the finance minister blogs poor attempts at rationalising that language. Between the rhetoric and the blogging, this government has forgotten the economy. The next government has a huge task of reviving the economy. Thankfully, the Congress Party is ready to steer the Indian economy out of the Modi-Jaitley slump," Mr Chidambaram said.

He accused the government of demolishing the economy and said: "The next government will have to do a lot of repair work that the Modi-Jaitley duo has caused in the last five years."

The Indian economy has entered a disastrous phase of economic slowdown under the Modi-Jaitley jugalbandi reflected by the consistent fall in quarterly growth of real GDP. A massive shortfall of Rs 1.6 lakh crore in the tax revenues would effectively increase the actual fiscal deficit to 3.9 per cent. The economy is expected to slow down further, the senior Congress leader added.

A study conducted by the National Sample Survey Office (NSSO) in the 12 months ended June 2017 and released last week has found that as much as 36 per cent of companies that are part of MCA-21 database of companies and are used in India’s GDP calculations could not be traced or were wrongly classified.

On Non-banking financial companies (NBFCs) which are facing a crisis, particularly the smaller ones that are struggling with asset-liability mismatch amid corporate governance issues, Mr Chidambaram blamed the regulatory failure and mismanagement of liquidity issue for the deepening crisis.

"The NBFCs crisis is the result of regulatory failure and mismanagement of liquidity issue. We will address both the issues if we come to power," said Mr Chidambaram.