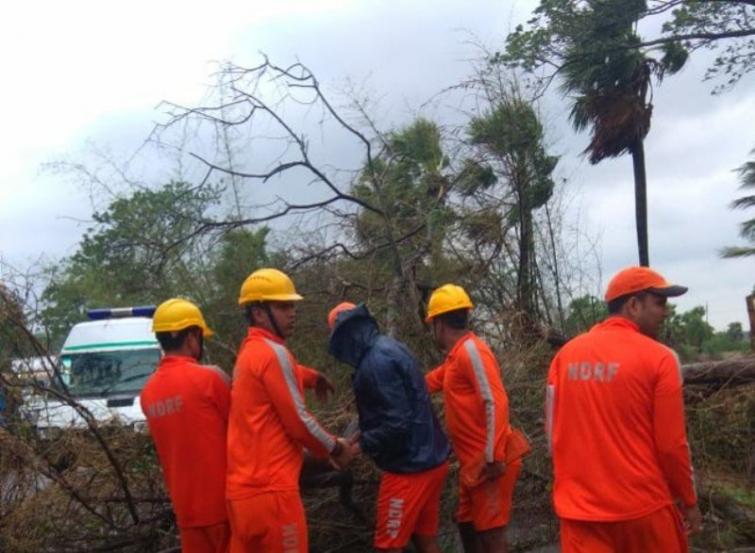 New Delhi, May 7 (IBNS): The National Crisis Management Committee (NCMC), under the Cabinet Secretary P. K. Sinha on Tuesday reviewed the rescue and relief measures in the cyclone “Fani” affected areas of Odisha with the senior officials of State Government and Central Ministries/Agencies concerned.

Ministry of Home Affairs has released further assistance of Rs 1,000 Crores to Odisha, as announced by the Prime Minister on Monday. Earlier Rs 341 crores had been provided to the State as an advance to its SDRF.

Stressing on early restoration of Power infrastructure, Odisha Government reported that following deployment of additional manpower and materials from Central PSUs and neighbouring states, the power supply has been restored partially in Bhubaneswar, while a lot of ground still needed to be covered in Puri.

Power supply to maintain essential services such as water, health and banking etc. is being provided through Diesel Generator sets.

It was reported that landline connectivity has been restored in Puri though mobile services still remain skeletal.

Department of Telecommunications is coordinating with the State Government to implement a priority plan for restoration of mobile and internet services in the affected areas. Mobile service providers have allowed free SMS and inter-circle roaming in these areas. Cellular towers on wheels are also being deployed in Puri.

Banking services have started and efforts are being made to operationalize all ATMs.

The Centre has also decided to extend the registration dates of the JEE Advanced examinations by five more days up to May 14th in the State. Those students who are unable to get internet connectivity can approach IIT Bhubaneshwar for registration.

Reviewing the relief measures, Cabinet Secretary stressed that Power and Telecommunications in Puri and Bhubaneswar need to be restored on priority basis and directed the concerned State and Central officials to work in close coordination. He further directed that an adequate number of gen-sets and mobile cellular towers be arranged and provided for the restoration efforts.