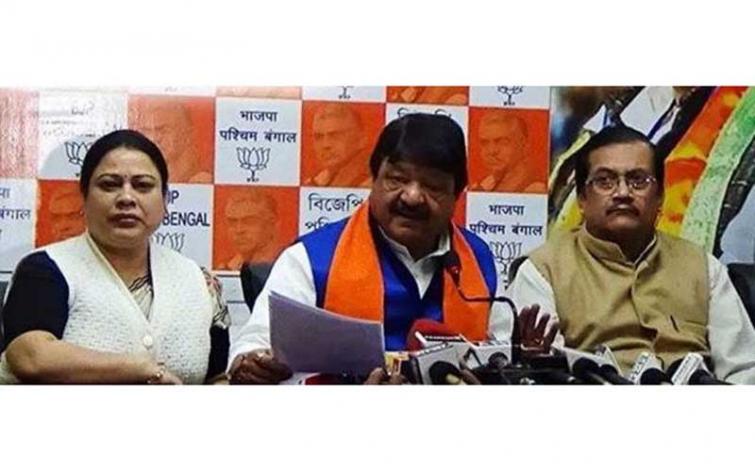 New Delhi, May 6 (IBNS): Alleging violence and intimidation in all seven seats where polling for the Lok Sabha polls was held on Monday in West Bengal, BJP leader Kailash Vijayvargiya said his party is appealing to the Election Commission to conduct re-polling in 150 to 200 booths in the state.

"Disturbance was there in around 150-200 polling booths in every seat. Police and administration tried to influence elections," he said.

The BJP leader said: "BJP is appealing to the Election Commission for re-polling in around 150-200 booths in all seven seats."

He said: "TMC goons were present near all polling booths."

Meanwhile, West Bengal CM Mamata Banerjee refused to meet Prime Minister Narendra Modi at a proposed meeting at Kalaikunda over 'Fani', saying she would not share the same dais with the "expiry Prime Minister".

Slamming Modi on various issues, Banerjee said she could have given a thought over meeting him had the prime minister exclusively called for a meeting over 'Fani'.

But he was here for electioneering and hence she would not share the same dais with an "expiry prime minister', Banerjee stressed.

On Mamata Banerjee's reference to Modi as 'expiry PM', Kailash said: "On May 23, everyone will come to know who has expired."

India on Monday voted in the fifth phase of the Lok Sbaha Polls.

(With inputs from Souvik Ghosh and UNI)