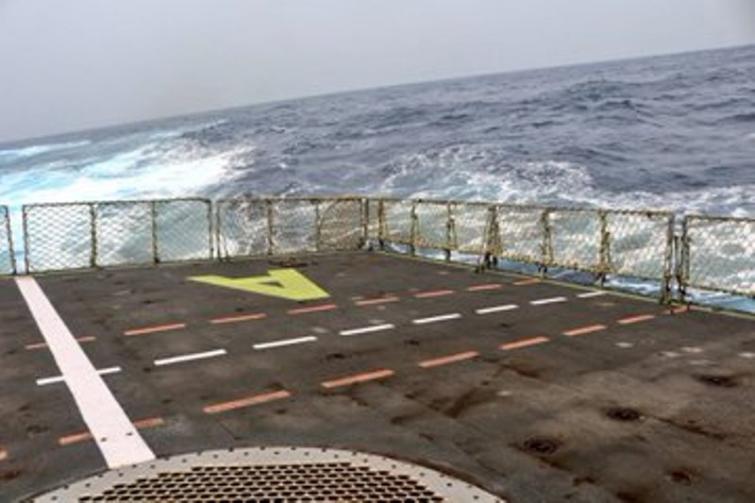 Bhubaneswar, May 4 (UNI) At least nine people have died so far, large areas in the temple town of Puri and other places were submerged as heavy rain ripped through eight districts of Odisha on Friday in the form of extremely severe cyclonic storm called ‘Fani, a weather official said.

Prime Minister Narendra Modi spoke to Patnaik and was apprised of the latest situation.

“Day after tomorrow, on the 6th morning, I will be going to Odisha to take stock of the situation arising in the wake of Cyclone Fani,” Modi tweeted.

He added that according to the government’s reports, deaths are in single digits.

Patnaik said the Cyclone 'Fani', one of the rarest of rare summer cyclone, the first to lash Odisha in 43 years, has destroyed important infrastructure like power, telecom and water supply in the state.

The Chief Minister said he would make an aerial survey of the affected areas and take stock of the situation.

The electricity infrastructure has been totally devastated in Puri district and parts of Khordha district, he said adding, ' We have the challenge of restructuring the entire power division afresh. Preliminary reports suggest 'kaccha' houses have completely been destroyed in Puri, parts of Khordha and other districts also. '

There is no power and water supply in Bhubaneswar since yesterday morning. Internet service is also down since last night.

In view of extensive damage to the electric poles in the city, the water and power connection will not be restored before one week.

He said the impact of Cyclone causing damage to Railway infrastructure will be known in phases and it will take some time to collect the detailed information.

Restoration of Train Services will be done after reviewing the condition of Track, Bridges, Signalling Systems, Over Head Equipments, Power Supply, Positions of the Coaching Depots and condition of the train rakes placed at Depots & at Yards during Cyclone time, the official said.

In view of the above, it is predicted that resumption of train services will take some time after reviewing the safety and security of the passengers. In any case, all trains between Bhadrak and Vizianagaram Railway Section stand cancelled on May 4, he added.

Meanwhile, Ministry of Civil Aviation in a press release has said Bhubaneshwar Airport to resume activity on May 4, 1300 hours onwards.

In the aftermath of the devastation caused by Extremely Severe Cyclone ‘Fani’, the Eastern Naval Command (ENC) of the Indian Navy on Saturday launched a massive rescue and rehabilitation effort in Odisha.

Based on the aerial surveys, the the Eastern Naval Command is undertaking a three-pronged rescue and rehabilitation effort centred around Puri and its suburbs in coordination with the State Government and District Administration.

The Naval Officer-in-Charge (Odisha) is centrally coordinating distribution of these relief materials and community kitchen is planned to be set up.