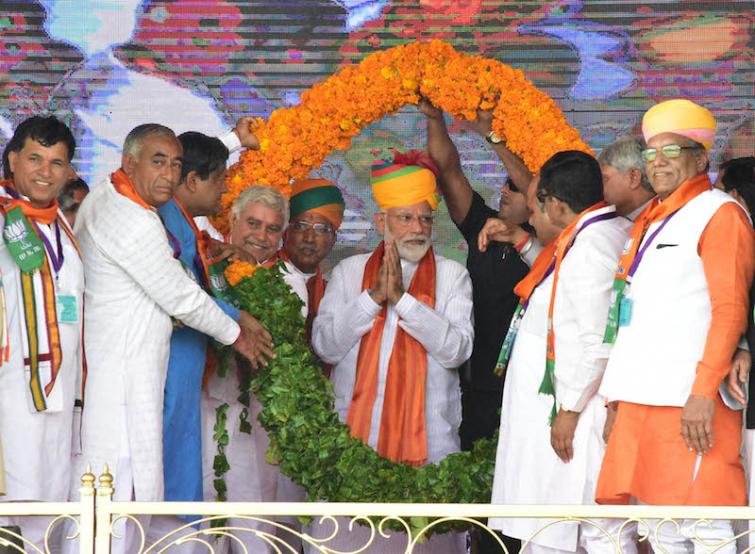 PM, Shah, Rajnath, Sunny Deol to campaign in UP on Saturday

Lucknow, May 3 (UNI): BJP has infused all its might in the poll campaigning in Uttar Pradesh and in the last day of electioneering for the fifth phase of polls on Saturday.

Prime minister Narendra Modi, BJP President Amit Shah along with other leaders would be campaigning in the state, party sources said here on Friday.

PM Modi will address two rallies in the state on Saturday first in Pratapgarh at 0900 hours and in Basti at 1100 hrs.

The BJP president will first hold a meeting at Fatehpur at 1230 hours and then will hold a road show in Amethi in support of Union minister Smriti Irani at 1400 hours. The road show will start from Ramlila maiden in Amethi.

Union home minister Rajnath Singh, who is himself candidate from Lucknow, will campaign in Dhaurahra and Mohanlalganj on Saturday.