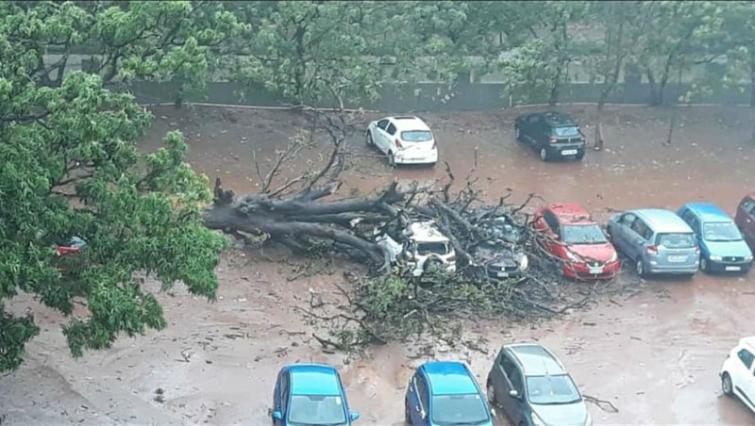 Guwahati, May 3 :(IBNS): As Cyclone Fani is heading towards West Bengal and other parts of the North Eastern region, as many as 23 filghts to or from Lokapriya Gopinath Bordoloi International Airport, Borjhar in Guwahati have been cancelled.

At least 9 flights, which were scheduled to arrive in Guwahati on Friday have been cancelled.

On the other hand, 14 other flights scheduled to depart from Guwahati have also been cancelled.

Many air passengers are stranded at Guwahati airport following the announcement of cancellation of flights.

“Different airlines have informed us that, the flights have been cancelled due to cyclone. We are now standing here, but we don’t know the exact status, where we have to go. My destination is Surat via Kolkata. But we are yet to know the status,” a passenger said.

According to the Borjhar based Regional Meteorological Department, heavy rainfall is expecting in Assam and other parts of the North Eastern region on May 4 and 5 due to Cyclone Fani.