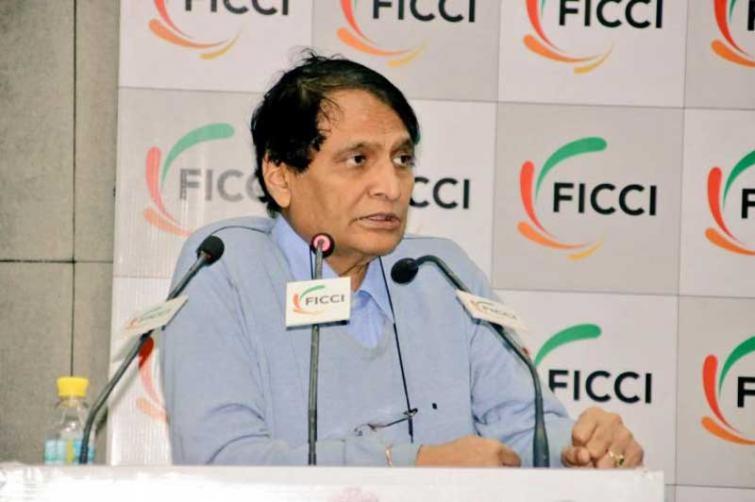 New Delhi, May 3 (UNI) The Government has been continuously monitoring the situation, arisen due to cyclone Fani, and has directed aviation regulator Directorate General of Civil Aviation to revise airlines’ guidelines if necessary.

“Directed Secretary @MoCA to continuously monitor the situation. DGCA will be issuing revised advisories to Airlines as and when necessary. Taking all possible steps for passenger safety and to minimise their inconvenience,” Civil Aviation Minister Suresh Prabhu tweeted.

He said directions have also been issued to all authorities concerned and airports to stay alert and gear up for contingency.

He said he extended full support for relief operations and reconstruction to all affected areas. He would also pledge funds from MPLADS if necessary as per the extant rule.

Wishing safety for each and every citizen of vulnerable states of east coast, the Minister said the entire country was united for the cyclone Fani.

“Amid the scare of #CycloneFani, I hope good health and safety for all our brothers and sisters in the vulnerable states of the east coast: #Odisha, #WestBengal, #AndhraPradesh, and #TamilNadu. The nation stands united in challenging times,” he added.

Earlier in the day, Mr Prabhu tweeted and said they were ready to offer help needed for the stranded due to the cyclone. Control rooms and helpline are manned all times to assist affected passengers.

All Airlines must immediately respond to the concerns of passengers and others.

The extremely severe cyclonic storm ‘Fani’ has hit Odisha coast near Puri this morning, causing extensive damage to power infrastructure, thatched houses and trees. Large areas in the seaside pilgrim town of Puri and other places were submerged in water as torrential rains battered the entire coastal belt of the state.