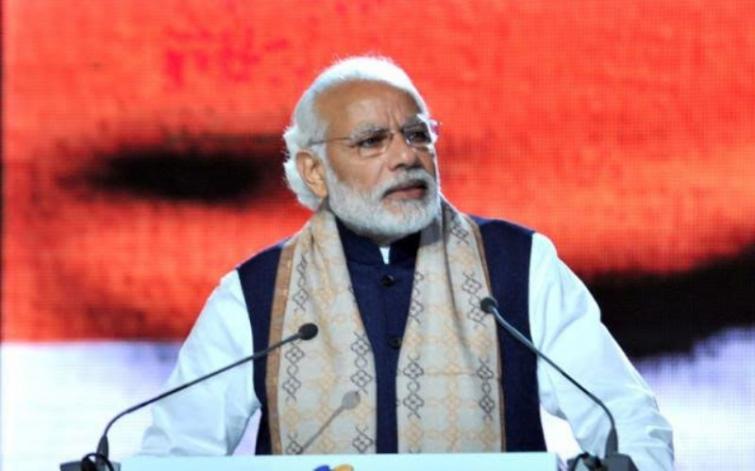 The comment, that India too has its nuclear weapon and is not scared by Pakistan's threats, did not violate the Model Code of Conduct, the Election Commission declared on Thursday evening.

At an election rally in Rajasthan's Barmer, PM Modi had said: "India has quit the policy of being scared of Pakistani threats... Else, every other day they announced, 'We have nuclear button, we have nuclear button'. So what do we have then? Are those being saved for Diwali?"

The oppositions had felt that the comment was "boastful" and "irresponsible."

The EC's clean chit to Modi in this case comes for the third time in three days.

The Supreme Court earlier in the day asked the Election Commission to resolve all complaints against PM Modi and Bharatiya Janata Party (BJP) president Amit Shah by Monday.

The Congress has argued in the top court that the EC is reluctant in taking decisions related to complaints against Modi and the BJP chief but taking prompt actions against opposition leaders.

Congress leader Abhishek Manu Singhvi said the poll body has taken decisions on only two out of 11 complaints brought by his party.

The EC on Wednesday gave a clean chit to Modi for his speech about Pulwama terror attack and the Balakot air strike, at Latur in Maharashtra on Apr 9, and said there was no violation of Model Code of Conduct.

Modi had appealed to first time voters to dedicate their votes to martyrs of Pulwama attack and soldiers who carried out the Balakot air strike.

On Tuesday, the election body had exonerated Modi for his speech at Wardha, where he had said Congress president Rahul Gandhi’s decision to contest from Wayanad constituency in Kerala as his second seat, was taking 'refuge in areas where majority is in minority'.

The Congress had approached Commission against Prime Minister’s speech, citing violation of poll body’s directive to the candidates and political parties to desist from using armed forces for electioneering.