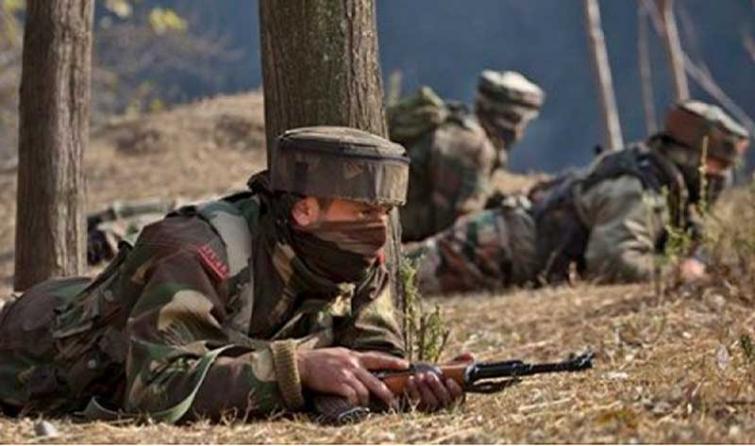 Guwahati, May 1 (IBNS): The Naga outfit NSCN (IM) has finally vacated the unauthorised camp in Manipur's Sihai village, which is about 5 km from Khamasom near the Indo-Myanmar Border in Ukhrul district.

The setting up of an unauthorised camp is in gross violation of Ceasefire Ground Rules and against the spirit of ongoing Ceasefire Agreement, which resulted in great inconvenience to the locals residing in the adjacent areas.

The matter was addressed by the security forces at the appropriate level so as to ensure no further  inconvenience was caused to the local people.

A top official of the Defence ministry said that, firstly, occupation of such a camp itself violates the spirit of Ceasefire Agreement.

Once detected by the Security Forces, the NSCN (IM) leadership was given a reasonable time to vacate the camp, which they failed to do thereby causing much hardship to the local populace.

"The attempt by the Group to push the Security Forces to use force was responded with great restraint thereby ensuring that the issue did not escalate further and 21 long years of negotiations were not allowed to go waste. This assumes importance as the Government has worked extremely hard to settle the issue once and for all and the two are at the threshold of inking the deal," the Defence ministry official said.

"The setting of an unathorised camp is in violation of ground rules agreed upon is most unfortunate and almost betrays the hopes of Naga people for the final accord anytime soon. In fact, in the spirit of maintaining the momentum in negotiations achieved after signing of the Framework Agreement , the Security Forces have been extremely careful
not to escalate inspite of provocation from NSCN (IM) and approached the Chairman CFMG though he has no mandate beyond Nagaland. Using the good offices of Chairman CFMG and civil society organisations, it was ensured that the camp is vacated by  NSCN(IM) in conformity with the Ceasefire Ground Rules," it added.

It is pertinent to highlight that such unilateral actions by the Group will only disrupt normal life of common citizens and go against the spirit of Ceasefire Agreement in place.

The protest rallies orchestrated by the Group, inciting tribal sentiments against Assam Rifles, who acted with great restraint while only enforcing the Ceasefire Ground Rules, will only be counter productive and earn NSCN(IM) the wrath of the common people.

The action of the Group has also resulted in creating discontent amongst other tribal organisations and people of the State who have expressed their displeasure on such blatant violation of existing agreement and disruption of normal life.

It is in the interest of peace and early settlement of the issue that the NSCN (IM) is well advised to follow Ceasefire Ground Rules in letter and spirit and not take actions that will jeopardise the final agreement and disrupt normal life of common citizens.