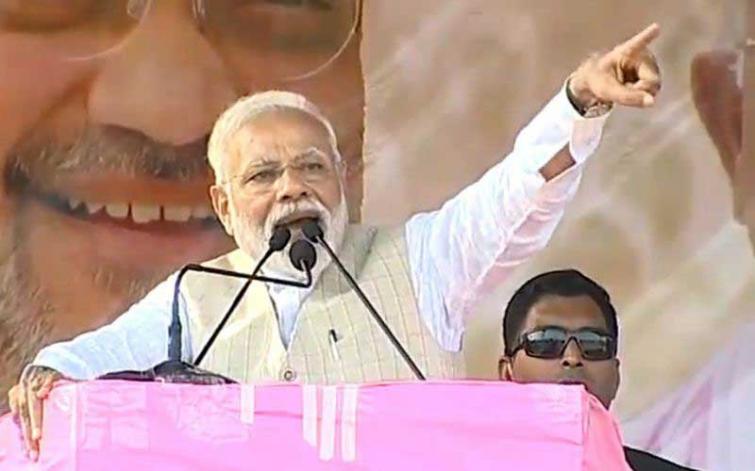 PM Modi did not violate model code of conduct in Wardha speech: EC

New Delhi, Apr 30 (IBNS): The Election Commission on Tuesday announced that Prime Minister Narendra Modi did not violate the model code of conduct during his speech at Maharashtra's Wardha.

The Prime Minister had accused the Congress of insulting the Hindus with its party president Rahul Gandhi's candidature from Kerala's Wayanad.

This is the first time the Commission took cognizance of the several complaints registered against the Prime Minister.

During his speech on Apr 1 from Maharashtra's Wardha, Modi had accused the Congress of insulting the Hindus.

"Leaders of that party are now scared of contesting from constituencies dominated by majority (Hindu) population. That is why they are forced to take refuge in places where the majority is in a minority," Modi had said.

The Congress had complained to the Commission claiming that the comments were "hateful and divisive".

After examining the speech of Modi, the Commission observed that there was no violation of the model code of conduct.

Earlier in the day, the Commission was directed by the Supreme Court to take action over the pending complaints against PM Modi and BJP chief Amit Shah.