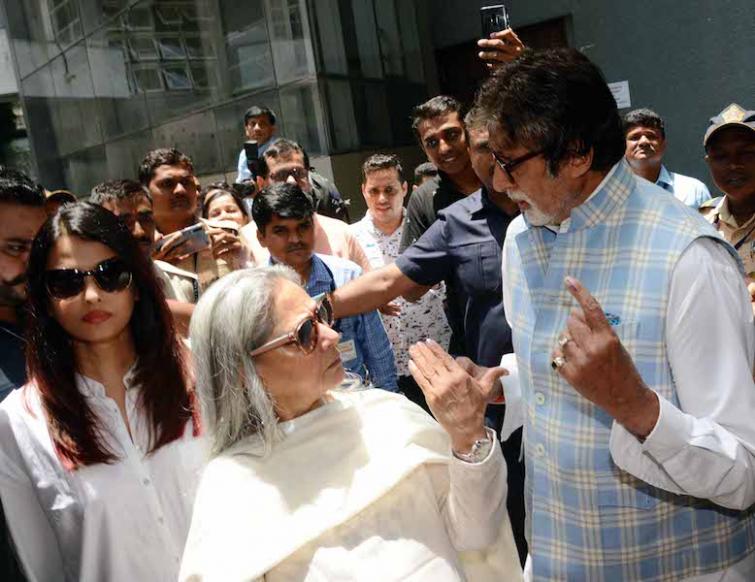 Mumbai, Apr 29 (UNI): About 57 per cent of total 3.11 crore electorates exercised their franchise in the fourth and final phase of Lok Sabha elections held in 17 constituencies of Maharashtra on Monday.

The polling was held in six constituencies in Mumbai and 11 other seats spread across the northern and western parts of the state today, having 3.11 crore voters and 323 candidates.

The 17 seats were spread across Mumbai metropolitan region and parts of northern and western Maharashtra, having 3.11 crore voters and 323 candidates.

India's financial capital also witnessed serpentine queues at some places, in an indication of enthusiasm among voters to elect the lawmakers in parliament.

An average of 57 per cent voter turnout was recorded in the 17 Lok Sabha seats in Maharashtra, an EC official said and informed that the total percentage in all four phases of LS polls stood at 60.68 per cent.

Nandurbar seat in north Maharashtra recorded the highest 67.64 per cent voting, while Kalyan near Mumbai saw the lowest 44.27 per cent polling.

The state unit of the Congress party made 30 complaints to the Election Commission about alleged glitches in EVMs across the 17 Lok Sabha constituencies.

A majority of the complaints came in from Dhule and Nandurbar, the party said, prompting ally NCP's state chief Jayant Patil to claim that something was "fishy" in the two seats.

MNS president Raj Thackeray and his wife Sharmila waited for over an hour at a polling centre in Shivaji Park area to cast their votes.

Many captains of industry traded their impeccable suits for informal attire as they lined up outside polling booths, many of them located inside civic body-run schools.

Reserve Bank of India Governor Shaktikanta Das was seen standing in a queue outside one such polling station, voting for the first time in Mumbai after shifting from New Delhi following his appointment as the central bank chief in December.

Several Bollywood stars, including Rekha, Madhuri Dixit, Aamir Khan, Priyanka Chopra and Kareena Kapoor-Khan, cast their votes in Mumbai. Among them, Aamir, Priyanka and Rekha were among the early voters.

Union minister Subhash Bhamre (Dhule) and Congress nominees Milind Deora (Mumbai-South) and Urmila Matondkar (Mumbai-North) were among the key candidates in the fray.

A large number of first-time voters came out to cast their ballots in Mumbai, marking their formal participation in choosing the next government in the world's largest democracy.