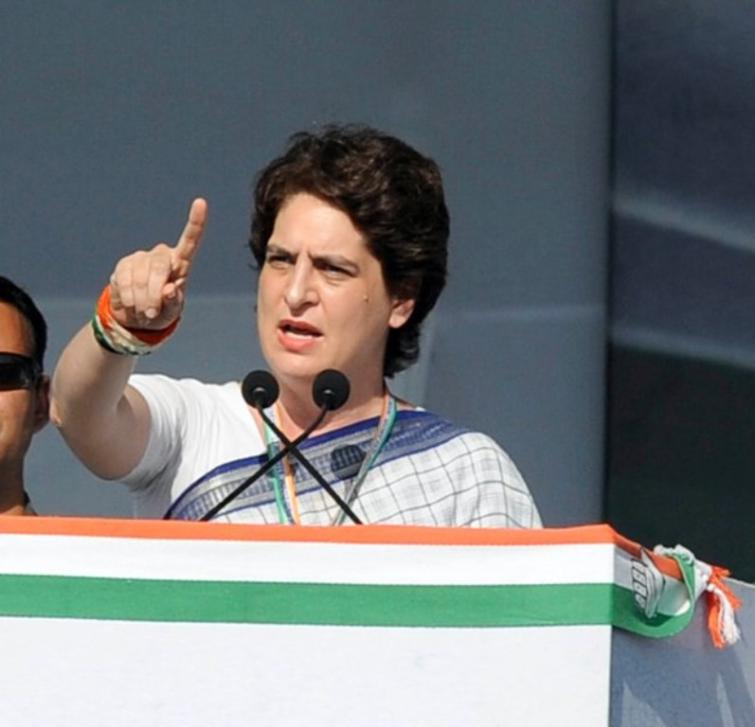 Banda, Apr 29 (UNI): Congress general secretary and eastern Uttar Pradesh in-charge Priyanka Gandhi Vadra on Monday alleged that both the state and central governments, ruled by the BJP, were doing the politics of temple and mosque and had done nothing for welfare of the people, particularly downtrodden section of the society.

"They had done nothing for the 'adivasis' and just announced several plans for the Chitrakoot dham region which never took off so far in the five years regime of Narendra Modi’s government," Priyanka said.

She was addressing a public meeting in Koh ground here seeking vote for the Congress party nominee Bal Kumar Patel.

She said that her grandmother and former prime minister Indira Gandhi had lot of faith in Kamtanath temple so she first went for darshan there and had prayed for the well being and prosperity of everyone before coming to seek your blessings.

Priyanka was also accompanied by her son Rehan Vadra and they both offered prayer in the temple.

Priyanka said that the farmers were facing lot of problems due to stray cattle besides soaring prices of pesticides, urea and others and were forced to commit suicide after failing to pay their loans.

She said that once Congress government will come in the Centre, not only loans will be waived off but every poor would also get a minimum wage guarantee and received Rs 72,000 every year.

She also said that the government was not serious towards Bani Glass factory which is lying closed in Chitrakoot so if the Congress party comes into power, they will do everything needed to make it operational.