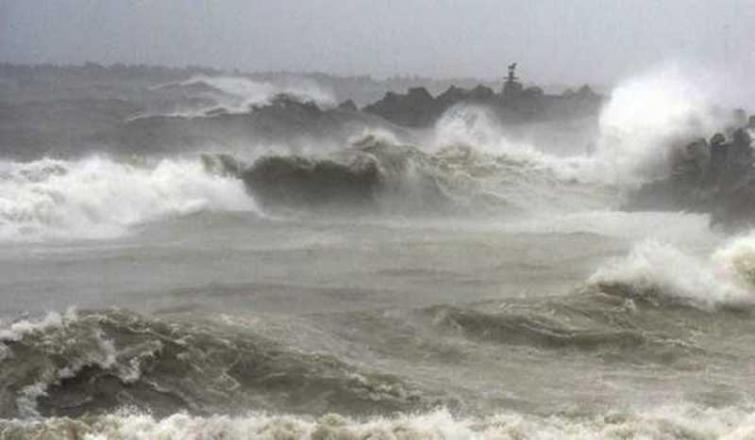 Bhubaneswar, Apr 29 (UNI): The Odisha government today cancelled the leave of all government officials in four coastal districts, opened 24X7 control room and made all necessary preparedness for relief and rescue operation in the wake of the cyclonic storm “Fani” approaching the coast.

Chief secretary A.P. Padhi also chaired a high-level meeting with senior officials of Navy, Coast Guard, Police and secretaries of the concerned department on the preparedness to face the cyclonic storm Fani.

The collectors of Puri, Ganjam, Khordha and Kendrapara have cancelled the leave of all the officials in their district and asked them not to leave the district headquarters.

The Ganjam collector has asked the local officials to identify the safe place and the cyclone shelters in case of any eventuality for the evacuation of the people from the affected areas.

The Anganwadi workers and Asha Karmi were asked to identify the pregnant women in their area and make arrangement of shifting them to the nearby hospitals before May 1.

State chief electoral officer Surendra Kumar today issued an advisory to all the district returning officers in the coastal districts to ensure transparency and safe custody of the EVM and VVPAT machines.

This apart, the state government has kept ready 880 cyclone shelter and 335 fire station and monitoring the 132 early warning systems installed at various places in the coast. The district authorities have been asked to keep a watch on all the fishing bays and the fishermen have been asked to return from the sea before May 1.

Official sources said a clear picture as to whether the cyclonic storm would have landfall in Odisha coast or not will be known before May 4.

Mr Padhi said heavy rainfall and wind speed reaching over 50 to 60 kmph are likely to commence along the coast from May 2.

The sea conditions very likely to be rough to very rough along and off the Odisha coast and the fishermen have been advised not to venture into the sea off Odisha coast.

Kendrapara district collector Dasarathi Satapathy said the district administration has made all the necessary arrangements for any possible eventuality and directed to keep up-to-date multipurpose cyclone shelter building constructed by OSDMA for providing shelter to the people.

The administration has asked the people living close to the coast to move to safer places.

Puri collector Jyotiprakash Das summoned an emergency meeting of all concerned officials on Monday. The leave of all employees has been cancelled.

It was ascertained that Krushnaprasad, Brahmagiri, Gop, Konark NAC, Astaranga and Kakatpur blocks located in close proximity to sea would be affected.

As a precautionary measure the residents from Pentkota fishermen colony, Puri and Chandrabhaga fisherman colony at Konark would be shifted to multipurpose cyclone shelters, the collector said.

All the cyclone shelters were being prepared with adequate provisions like gas for cooking food, dry foodstuffs, drinking water, baby food, illumination, medicines to treat the displaced families.

Mechanized and country boats were being requisitioned and placed at several strategic places to maintain connectivity, Mr.Das said.

This apart, PHCs and hospitals were asked to have adequate stock of life-saving medicines. A warning has been issued to fishermen not to venture into the sea and people living in low lying areas close to the sea to move to a high and safe place.