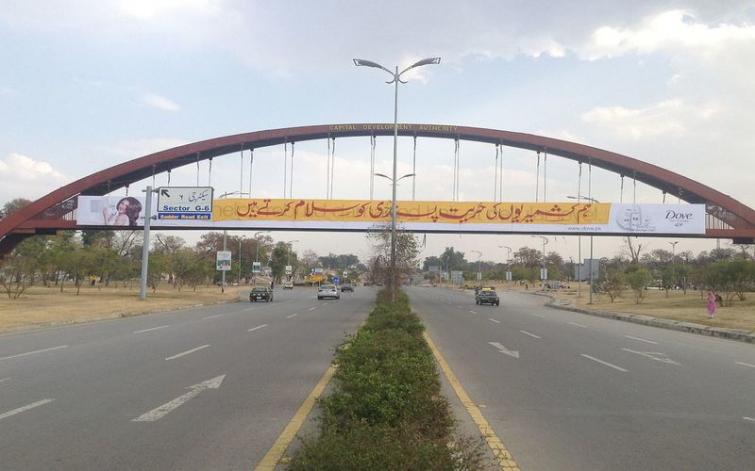 Srinagar, Apr 29 (UNI): A complete shutdown was observed on Monday by the traders of Srinagar Fruit Mandi, alleging that vegetable and fruit-laden trucks were halted on Srinagar-Jammu national highway for several days without any reason, resulting in huge losses to them.

''All the traders of Parimpora Mandi have decided to go for indefinite strike from Monday to protest unnecessary harassment to them by the authorities. The vegetables and fruit laden trucks are unnecessarily halted on Srinagar-Jammu national highway for several days," a protester said.

The perishable fruits and vegetables were rotting because of the delay.

''When we receive these trucks in the mandi, majority of the fruits and vegetables are damaged and are not suitable for human consumption. We are suffering huge losses because of this," the protester added.

The traders allege the situation had arisen due to mismanagement of traffic on the highway. The traders have threatened to hit the streets and protest, if the issue was not resolved soon.

The traders further alleged that besides frequent closure of the highway due to road conditions, the two-day highway ban in a week - Wednesdays and Sundays - has added to their suffering.

The government had imposed restrictions earlier this month on civilian movement on the National Highway, connecting Jammu to Srinagar, saying that the order was passed to ensure adequate security to the movement of security force convoys, while at the same time, minimising public inconvenience.

However, all sections of the society, particularly the business class, have alleged severe hardship due to the ban on the highway, claiming that it has badly affected their business.

Majority of the political parties in the state, including the National Conference (NC), the Peoples Democratic Party (PDP) and the Congress, have opposed the ban and demanded its immediate revocation.

The Jammu and Kashmir High Court had, on April 19, sought the government's response on the allegations of non-compliance with an administrative decision to issue travel passes for civilian traffic movement, in case of emergencies, during the ban.

A bench of Justices Ali Mohammad Magrey and Tashi Rabstan was hearing the Public Interest Litigation (PILs) filed by a battery of lawyers representing the petitioners, including bureaucrat-turned-politician Shah Faesal, NC's Ali Muhammad Sagar, PDP's Naeem Akhter and three lawyers - seeking striking down of the ban on the movement of civilian traffic on the Kashmir-Jammu national highway, for two days a week.