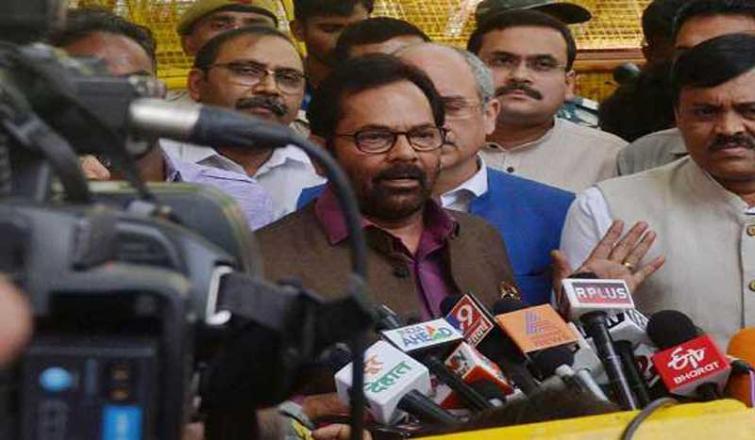 Such statements are clearly "violation of Model Code of Conduct", he said adding, "in fact such remarks are in clear violation of election laws and would come under the provisions of corrupt practices".

"Most of the statements fall under the category of unverified allegation," he said and maintained the Congress party and its president (Mr Gandhi) has crossed all decency and boundaries of 'falsehood'.

"We have asked deputation of central forces at all polling booths so that free and fair elections can be held in the state," Naqvi said.

In the crucial fourth phase of polling on Monday to eight parliamentary segments, there were reports of violence and arson in various places including in Asansol.

Union Minister and BJP nominee Babul Supriyo's car was vandalised outside a polling booth in Asansol where he is pitted against Trinamool nominee Moon Moon Sen and CPI-M candidate Gourango Chatterjee.

In the interiors of Nadia and Krishnanagar regions, crude bombs have been recovered, reports said and television footage showed group clashes and violent argument in various places.

With Monday's polls - elections will be over in 18 of the 42 Lok Sabha seats in Mamata Banerjee-ruled West Bengal.

In Baharampur, senior Congress leader Adhir Ranjan Chowdhury is locked in what is seen as a prestigious fight against Banerjee's outfit.