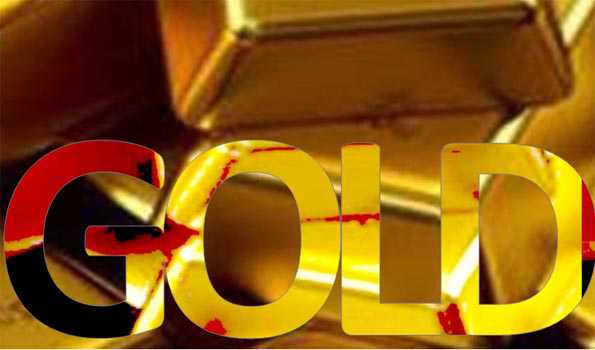 Chennai, Apr 28 (UNI) Officers of the Customs posted at Anna International Airport Chennai, due to constant vigil, have seized 5.33 Kg gold worth Rs 1.76 crores in different cases On Saturday.

A Customs office Press Release here on Sunday said that officers on specific intelligence, intercepted one Ubaidullah, 35 of Chennai, Mohamed Azarudeen, 23 of Trichy, Yasar Arafath, 25, of Sivaganga, who arrived from Dubai and one Mohammed Abdulla, 26 of Ramanathapuram who had arrived from Colombo on suspicion of carrying gold.

During search, the officers recovered 4 gold biscuits weighing 238 grams valued at Rs 7.85 lakhs Ubaidullah's baggage. During the personal search of other three passengers, gold in rubbery material concealed in their rectum was recovered. On extraction 563 grams 24K gold valued at Rs 18.57 lakhs was recovered.

In these four cases 801 grams of gold valued at Rs 26.43 lakh was seized under the provisions

Air India flight, arriving from Colombo which was destined to go to Hyderabad on its domestic run, rummaged the flight on its arrival. During rummaging one bundle of rubbery spread covered with

adhesive tape, which was kept inside the rear toilet of the aircraft was recovered. On extraction, through heating treatment gold weighing 894 grams 24K purity valued Rs 29.50 lakhs was recovered and same was seized as unclaimed.

On examination gold in rubbery material was found concealed in their rectum.

On extraction by heat treatment, gold weighing 3.64 Kg of 24K purity, valued Rs 1.2 Crores were recovered and was seized under Customs Act 1962.