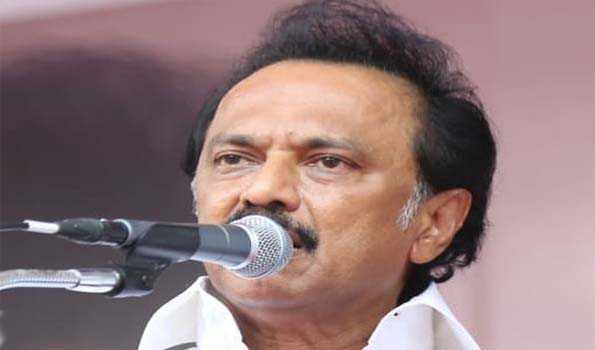 Chennai, Apr 26 (UNI) DMK President M.K.Stalin on Friday demanded the AIADMK government to probe the sexual assault complaint in Perambalur district where innocent women were allegedly lured to a lodge with promise of job interviews, sexually abused them and then forced for further sexual favours to a ruling party leader.

In a statement issued here, Stalin said a complaint was lodged by an advocate P Arul with Perambalur police on Sunday last and the affected women were not voicing out their trauma for fear of social repercussion.

The DMK President alleged that the the police are trying to cover up the case lodged against the sex predators.

Even as the Pollachi sexual abuse-cum-blackmail case is yet to reach a conclusion, the Sexual assault complaint has come to light in Perambalur district.

He said after May 23, there will be a change of government in the state and the new government will investigate and take serious action against those officials who watered down the case against the Pollachi and Perambalur sexual abuse-cum-blackmail culprits.

The Advocate in his complaint said, a group of men would befriend housewives and college girls and lure them to lodges on the pretext of job interview and sexually assault them.

The sexual assault is videographed and then the victims are blackmailed for further sexual favours.

Stalin also demanded the state government to arrest the culprits involved in the sexual assault.