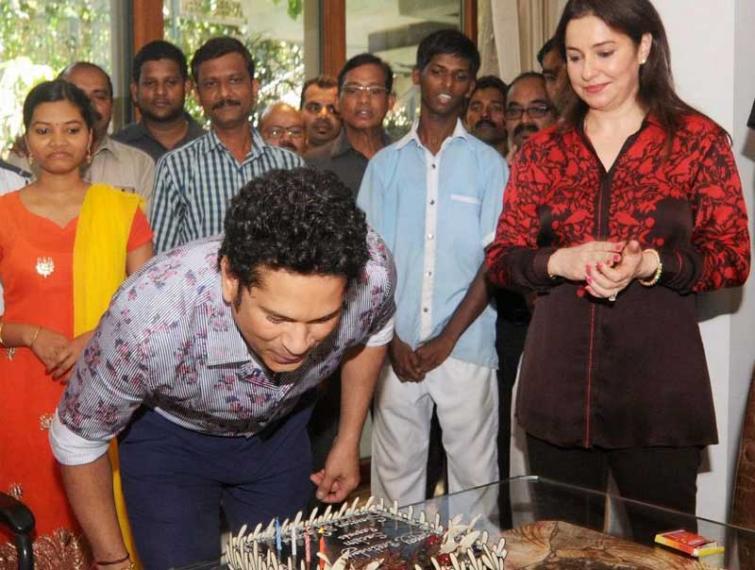 The legend, who has entertained his fans for over 24 years with the cricket bat, started to play for the national team in 1989, at just 16 years of age.

Tendulkar is known for his masterclass with the bat as he is the only batsman to score 100 centuries across all formats of the sport.

Not only 100 hundreds, Tendulkar has a number of world records under his belt.

The most international runs, highest number of matches played by any cricketer are all owned by the man, who is also known as the 'Master Blaster'.

Though he didn't get much success as a leader, Tendulkar captained the Indian team for two terms.

However, his batting class was proved time and again. In 2003 World Cup, though India lost in the final against Australia, Tendulkar was named the man of the tournament, scoring more than 600 runs.

Tendulkar, who was also a Rajya Sabha MP, retired from international cricket in 2013.