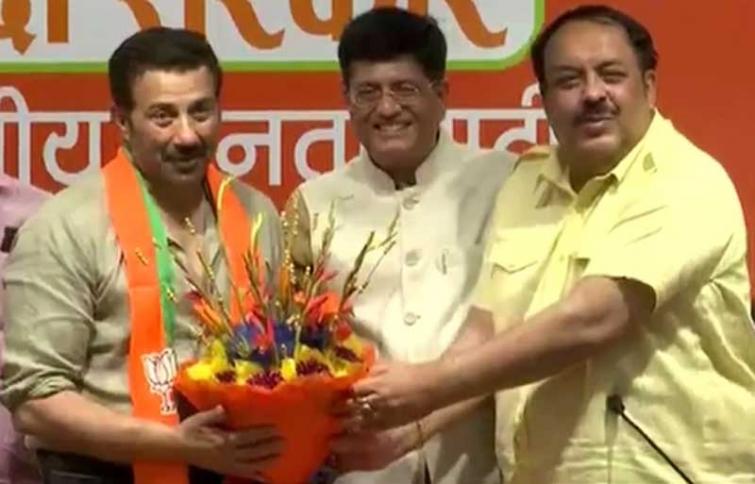 "The way my father (Dharmendra) worked with Atal Bihari Vajpayee, I am getting associated with Narendra Modi ji in the same manner. I hope Narendra Modi ji remains the Prime Minister in the coming years because the youth needs a leader like him. Rest I will prove by working," Deol said in a press conference here.

On Saturday, Deol met Shah but had then remained mum over joining.

Deol, the son of Bollywood veteran Dharmendra, has acted in a number of films like Gadar: Ek Prem Katha, Border, 23rd March 1931, which had patriotic background.

Praising the actor, Union Minister and BJP leader Piyush Goyal said: "I am sure he will leave a mark as a politician as his father did. He inspired youth through films based on nationalism. I believe he will work in the same manner in politics."

In Punjab, the BJP is fighting the polls in an alliance with Shiromani Akali Dal. The saffron party will field its candidates in three seats- Amritsar, Gurdaspur and Hoshiarpur- out of 13.

Dharmendra, the husband of BJP's outgoing MP Hema Malini, was elected as a Lok Sabha MP from Bihar after fighting on the saffron party's ticket.

Malini is contesting as the BJP candidate in this Lok Sabha polls as well from Mathura.

Punjab will go to polls in the last phase on May 19.