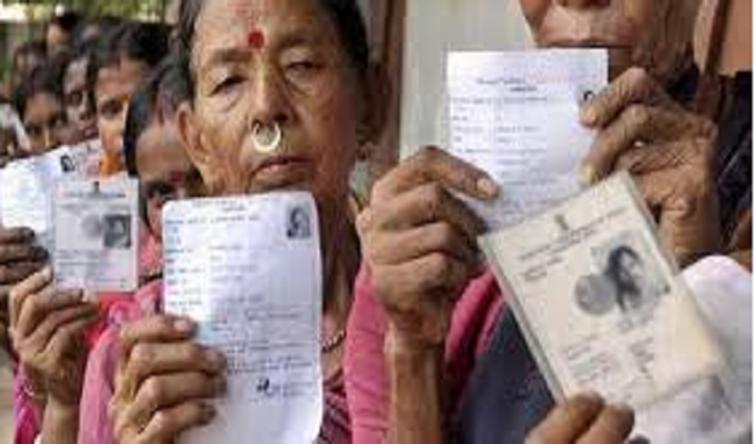 Guwahati, Apr 23 (IBNS): Around 12.36 percent voters exercised their franchise in the first two hours of  polling for the third phase of Lok Sabha election in Assam in four parliamentary constituencies on Tuesday.

According to the Election Commission of India (ECI), 12.36% voter turnout was recorded till 9 am in four Lok Sabha constituencies in Assam, where third phase of polling is underway.

Polling has begun at 7 am and will end at 5 pm in four seats in Assam.

The third and final phase voting has begun in four parliamentary constituencies in Assam – Gauhati, Barpeta, Dhubri and Kokrajhar.

For the third phase of poll, the Election Commission of India has set up 147 all women polling station in the four constituencies- 29 in Dhubri, 11 in Kokrajhar, 28 in Barpeta and 79 in Gauhati.

There are 524 remote polling stations for the third phase of poll in Assam.

Around 2.92 lakh Under-20 years voters will cast their votes in the third phase of poll.

On the other hand, around 20,000 central armed police personnel have been deployed in all the 9577 polling stations across the four Lok Sabha constituencies.

The first phase poll for five seats was held on April 11 and 78.27 percent voter turnout was recorded.

81.20 percent voter turnout was recorded in the second phase poll for five seats held on April 18.