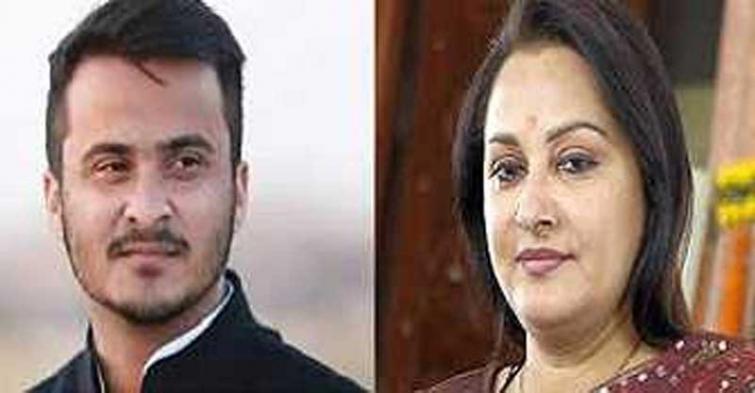 Abdullah Azam , during an election speech in favour of his father said, " We want Bajrangbali and Ali , not Aanarkali."

The election meeting was held just before the end of the campaigning for the third phase of Lok Sabha polls. Abdullah also raked up the issue of charges on the Chief justice Ranjan Gogoi saying that now even the judiciary is under threat in Modi government.

He also alleged that the Rampur local authorities are openly misusing their power to help the BJP candidate, and several SP workers and leaders have been implicated in cases so that minority votes are affected.

The case has been registered against the BJP leader for allegedly saying, "Considering the comments Azam Khan makes against me, Mayawati you must think that his X-ray-like eyes will also stare at you."

The case was registered based on the comments made by Jaya Prada during an election rally on April 18.

The polling for the Rampur Lok Sabha seat where Bollywood actor and BJP candidate Jaya Prada is pitted against SP candidate Mohammad Azam Khan will be held on Tuesday in the third phase of polls.