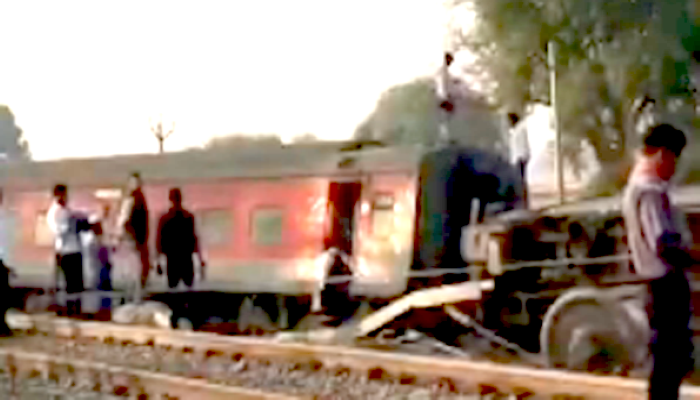 Altogether 10 bogies of the super fast train derailed in which 4 overturned, UP DG (law and order) Anand Kumar confirmed here on Saturday.

He said there is no casualty in the accident so far. Most of the derailed coaches were air-conditioned. The injured have been admitted to the hospital in Kanpur.

Anand said that the accident occurred under Maharajpur police station area in Kanpur at around 1 am.

"Rescue operations began immediately on receipt of the information. Around 15 Ambulances reached the spot and have taken the injured to hospitals, " the DG said.

DM, SSP Commissioner, IG and ADG have reached the spot and are supervising relief and rescue operations.

He said relief train from Prayagraj is on the way to site of accident. All passengers are being given relief, assistance, help and medical aid.

However some passengers said that the derailment occurred after a big explosion.

The police and railways officials are yet to ascertain any reason for derailment and further probe is on.

Meanwhile due to the accident the entire Prayagraj-Kanpur-Delhi rail route has been paralysed and several Rajdhani trains were stranded at different stations.