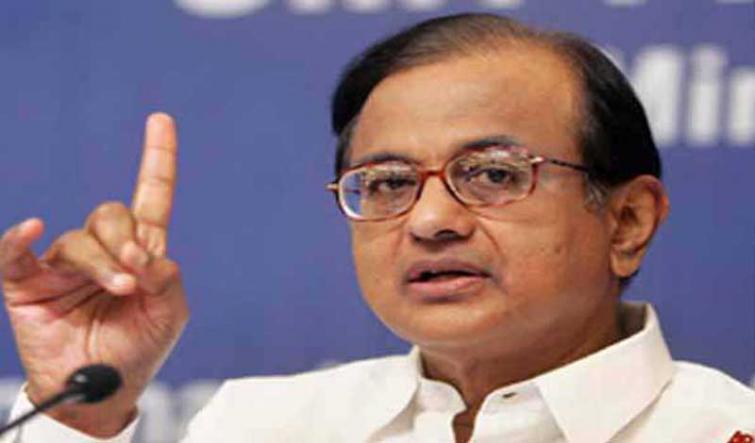 People wants change of government both at Centre and state : PC

Sivaganga, Apr 18 (UNI) Senior Congress leader and former Union Minister P Chidambaram on Thursday said the "Tamil people wants a change of government both at the Centre and in the state."

"That's why there's overwhelming support for the Secular Progressive Front formed by the Congress, DMK and other allies," he told newsmen after exercising his franchise in a polling booth at his native Kandanur in Sivaganga Parliamentary constituency, where his son Karti Chidambaram is pitted against BJP National Secretary H Raja.

He said 'we have to preserve our sovereignty. We believe that all religions are equal and everyone is equal before law.' 'I am very confident that the secular progressive front will win the Parliamentary elections. This front was first formed in 1971 and since then every time this front was formed, it has been emerged victorious in the Parliamentary elections in 1971, 1980, 1996, 1998, 2004 and 2009', Mr Chidambaram said.

He also exuded confidence that this combine will win for the seven time. 'I have voted for this alliance and it will be victorious', he said and appealed to the people to vote for the secular progressive front'.