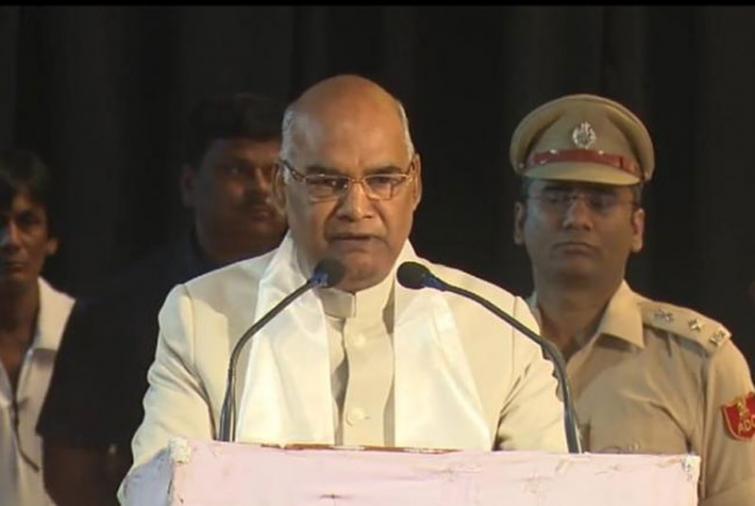 Ram Nath Kovind was made President because of his caste: Ashok Gehlot

Jaipur, Apr 17 (UNI) Rajasthan Chief Minister Ashok Gehlot on Wednesday has landed himself in a controversy by saying that Ram Nath Kovind was made the President just before the Gujarat elections to appease the Dalit community.

Speaking at a meeting, Gehlot, who is considered as Congress president Rahul Gandhi’s right-hand said that BJP was nervous before the Gujarat elections as there was no chance they could form the government.

"So to settle the caste equation, the party appointed Mr Ram Nath Kovind as the President leaving behind Mr Lal Krishan Advani " he alleged.

During the 2017 Presidential election, there were speculations around the possibility of Advani getting nominated for the post but the Modi regime appointed Ram Nath Kovind, the former Bihar Governor and Rajya Sabha MP, who emerged victorious from roughly two thirds of the votes, as the 14th President.