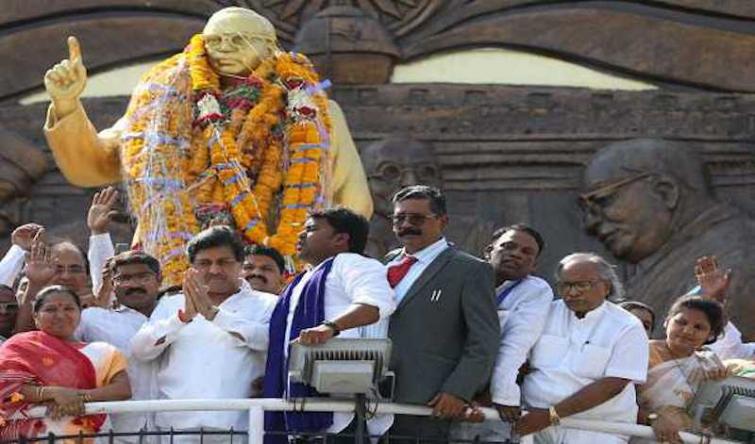 Mr Chavan, former chief minister of the state said: "The chief minister Devendra Fadnavis has planned to make the Marathwada region a desert by diverting water of the Upper Painganga towards Vidarbha."

The region has only 5.5 per cent water stock left in its reservoirs, with many of them, including the biggest – Jayakwadi Dam, having dried up.

Addressing a rally organised to campaign for his candidature in Parliamentary election from Nanded, Chavan said that false news is being propagated regarding Congress's permission to grant water from Maharashtra to Gujarat.

"Due to the efforts of the late leader Shankarrao Chavan the 1.25 lakh hectares from the district could be brought under the catchment area of the Upper Painganaga project but the Chief Minister diverted the water towards Vidarbha region causing hardship to the people of Nanded district," he alleged adding that people would not tolerate such scams.

Mr Chavan concluded the speech by promising that if voted to power, he would solve the problem of acute water shortage in the region.

The state government in October had declared drought in 151 tehsils spread across 26 districts of Maharashtra, after less than average rainfall last year. The eight districts of Marathwada, which mostly comprise agricultural land, were among the worst hit.