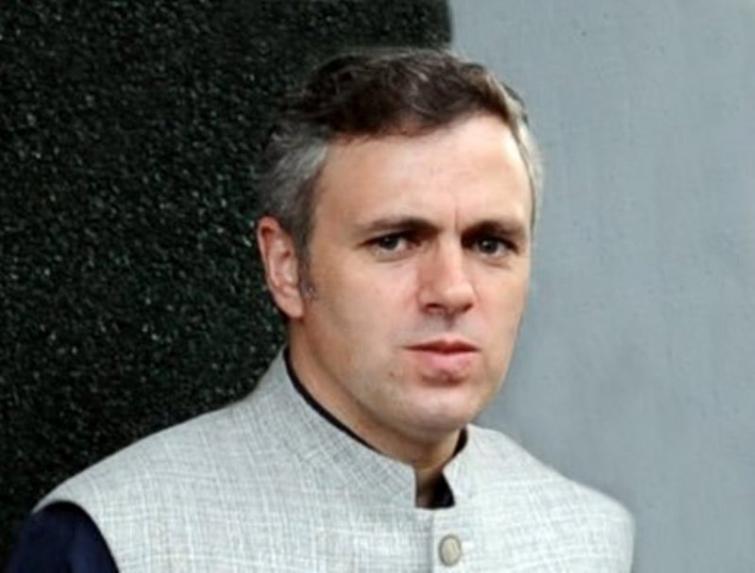 Send a copy of manifesto to J&K Governor: Omar Abdullah to BJP

New Delhi, Apr 8 (UNI) Attacking the BJP after it reiterated its position on Article 370 and annulment of Article 35A in Jammu and Kashmir in the party manifesto for the 2019 Lok Sabha elections, Jammu and Kashmir-based National Conference on Monday asked the party to send a copy of manifesto to the state Governor.

On Sunday, Jammu and Kashmir Governor had said that the parties are instigating "artificial fear" and provoking people for votes after the National Conference, PDP and the Congress raked up the issue of state's special status.

"Recently J&K Governor claimed there was no threat to Art 370 & 35-A and that parties like mine were only using them to drum up fear in the elections. I hope his colleagues in the BJP send him a copy of their manifesto," National Conference Chief Omar Abdullah said in a tweet.

BJP, in its manifesto, reiterated their position on the Article 370 that allows an autonomous status to the state.

In its manifesto, the BJP also claimed that they are committed to annulling Article 35A of the Constitution stating that the reasons include the fact that Article 35A is discriminatory against non-permanent residents and women of the state and Article 35A is an obstacle in the development of the state.

West Bengal-based TMC lamented the BJP and said jobs, underperformance, demonetisation, GST implementation and economy are missing from the party's manifesto that released on Monday.