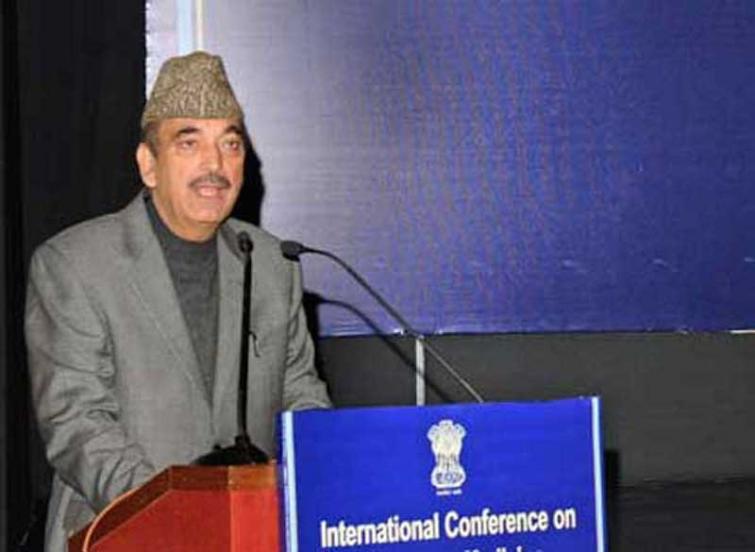 Faridabad/Palwal, Mar 31 (UNI): AICC general secretary and Haryana in-change Ghulam Nabi Azad has said he is confident of a Congress victory in the Lok Sabha elections after travelling throughout the state during his Parivartan Yatra.

He said the party stands united as every worker and supporter is solidly behind it and he was sure that the Congress will stage a comeback in the Vidhan Sabha elections due mid this year.

Speaking on the concluding day of the Parivatan Yatra, Azad called upon on the party workers to take the message of unity to every voter in the state.

A sea of people came out to welcome the Yatra with drums and flower petals, indicating a surge in support for the Congress party.

Mr Azad, who is also the Leader of Opposition in the Rajya Sabha, said: "The Parivartan Yatra had been successful in its mission of bringing the Congress leadership together. All the leaders of the state sat together in the rath, they stayed together, had food together and spoke in one voice and sought votes for each other. Our opponents have been spreading a false propaganda that our party is divided into factions. We got wonderful support from the people and this can be estimated from the fact that the yatra started at 0900 hours and was supposed to end at 1900 hours but went on way past mid-night.”

Talking about the political mood in the state, Azad said: “The BJP has served only lies to the people of the state over the last five years. It had promised to implement the Swaminathan Commission report, provide two crore jobs a year, provide 15 lakh to everyone after bringing back black money from abroad but the BJP forgot all about these issues after gaining power. All they have done in the last five years is rename all Congress schemes and take credit for our achievements.”

“The people of Haryana have understood the BJP’s political strategy of lies, loot and dividing the society on caste and communal lines and will not fall prey to these tricks again. The Congress believes in taking all sections along and social harmony is on top of our political agenda,” he said.

Farm loans will be waived and every family will get Rs 72,000 per annum under the NYAY scheme when the Congress forms the next government at the Center, Mr Ghulam asserted.

Coordination Committee chairperson and former Chief Minister Bhupinder Singh Hooda said all party leaders have come together under the leadership of Congress President Rahul Gandhi and AICC General Secretary in-charge Ghulam Nabi Azad and the party will win all the 10 seats in the state.

“When the Congress government was elected to office in 2005, people of Faridabad used to say that the INLD-BJP government had made Faridabad into Fakirabad. We came in and changed that as we restored glory of Faridabad,” the former chief minister said.

Talking about the work done under the Congress government, he said: "A new medical college was constructed in Faridabad, a new by-pass was built, IMT, Badarpur Flyover and the metro was taken upto Ballabhgarh to develop the greater Faridabad region."

The former chief minister said Palwal was made into a district, a mini-secretariat was built in Hathin besides the Bhimrao Ambedekar college in Palwal, government college Hathin and a series of development works were carried out in different parts of the region, he said, recounting the development work done by the people.

Hooda compared the track record of his government with that of the BJP government. “The BJP had made 154 promises to the people during the last elections but they dismissed their own promises by calling them jumlas,” he said.

Hooda said the people of Faridabad saw first-hand how thousands of youth lost their jobs and how GST destroyed small businesses in the entire area and assured that GST would be simplified once the Congress forms the next government.

Speaking at various campaign destinations, Haryana PCC president Ashok Tanwar said the Faridabad Metro, the by-pass, IMT and 100-square yard plots are the some of the gifts to the people from the Hooda-led Congress government in the state. He called on the workers to show the same spirit of unity as shown by the senior leaders to bring an end to the anti-people BJP rule in the state.