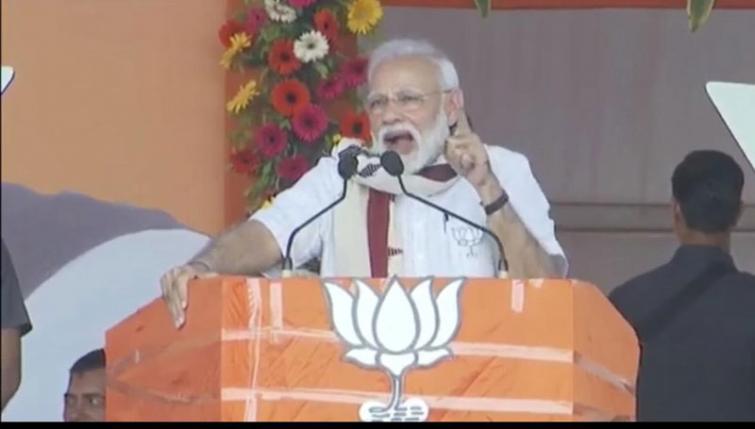 During his speech, the Prime Minister accused the BJD-led Odisha government of not benefiting the people of the state through the schemes launched by the Bharatiya Janata Party (BJP)-led central government.

"Out of Rs. 6,500 crore accumulated under District Mineral Fund, Odisha govt has only spent Rs. 1,000 crore for the poor tribals. PM Kisan Yojana is providing financial assistance to the farmers. However, Odisha govt hasn't provided us with the list of eligible farmers," Modi said attacking the ruling BJD without taking the name of Chief Minister Naveen Patnaik.

"Odisha government refused to be part of Ayushman Yojana and thus deprived the poor of their right for quality healthcare," he added.

Not just BJD but Congress was also in Modi's target on Friday as the Lok Sabha election is approaching.

"Odisha is rich in natural resources but people are poor. This situation proves that the Congress and BJD have failed to develop Odisha," said the Prime Minister.

Odisha will go to the election in four phases beginning on Apr 11.

The BJP is eyeing to make a dent in BJD's vote bank to establish its hold in the eastern state.