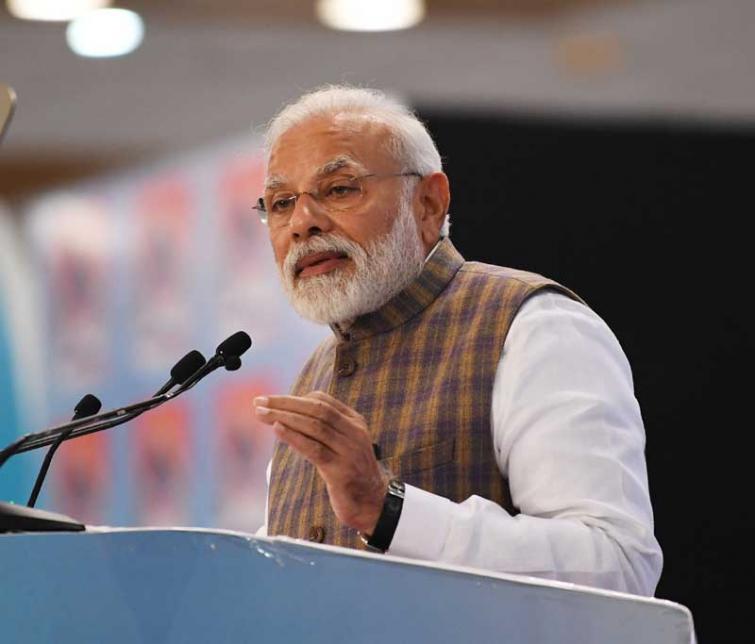 New Delhi, Mar 29 (UNI): On the second day of his first round of election campaign, Prime Minister Narendra Modi on Friday will carry forward his campaign blitzkrieg at three rallies - one each in Odisha's Koraput, Mahboobnagar in Telangana and Kurnool in Andhra Pradesh.

On the first day of his campaign, Prime Minster addressed rallies at Meerut in UP, Rudrapur in Uttarakhand and Jammu in Jammu and Kashmir.

As part of the campaign, according to BJP sources, party chief Amit Shah will on Friday address public meetings at Alipurduar in West Bengal and Aurangabad in Bihar.
In Odisha, Prime Minister will kick-start his campaign with a rally at Jeypore - a tribal hub in Koraput district on Friday.

Prime Minister will also visit the Kalahandi district on April 1. Notably, Kalahandi is one of the most backward districts in the county.

Prime Minister's rally at Mahboobnagar in Telangana will be his first election rally for Lok Sabha polls in the newly carved out state.

D K Aruna joining the BJP and getting the Congress ticket has given the saffron party an edge in Mahboobnagar. Incidentally, A P Jithender Reddy had won the seat as a BJP candidate in 1999 in united Andhra Pradesh.

In another southern state Andhra Pradesh, Mr Modi's rally will be held in Kurnool. Prime Minister will again visit Andhra Pardesh on April 1 for a rally at Rajamahendravaram.

UP Chief Yogi Adityanath will also campaign in Andhra Pradesh next week.