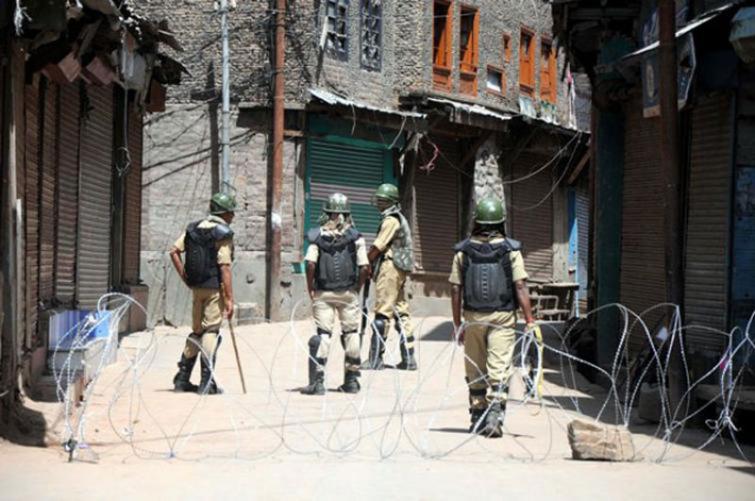 Parts of south Kashmir shut after killing of 3 militants

Srinagar, Mar 28 (UNI) Normal life was crippled in parts of south Kashmir, where three local militants were killed in an encounter with security forces in Shopian on Thursday.

Internet service has been suspended in many areas in south Kashmir as a precautionary measure.

A police official said that there were no restrictions in any part of south Kashmir though security forces have been deployed in sensitive areas as a precautionary measure to prevent any protests.

Even though there was no strike call given by any separatist group, instantaneous shutdown was observed in Shopian and many areas in Pulwama district as news of the death of three local militants in an encounter spread in the area.

Shopkeepers downed shutters and traffic went off the roads in Yarwan and adjoining areas in Shopian, where the operation is over after bodies of all the three slain militants were recovered. Shops and business establishments were closed and traffic was off the roads in many areas in Pulwama as the slain militants belong to this south Kashmir district.

Work in government offices and banks was also affected in these areas, where educations institutes were also closed for security reasons.

Security has also been stepped up along the Srinagar-Jammu National Highway as a precautionary measure to prevent any protests.

Three local militants - Aaqib Ahmad, Basharat Ahmad and Sajad Khanday - were killed by security forces in an encounter which ensued during a cordon and search operation in Shopian in the wee hours on Thursday.