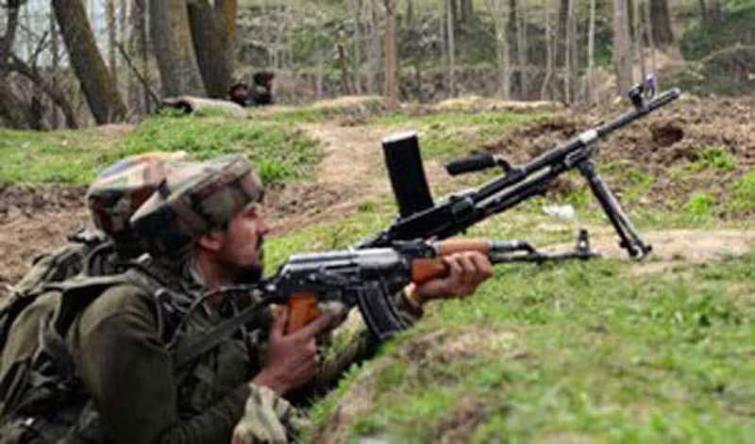 3 militants killed in gunfight with security forces, encounter on in Shopian, Kulgam

Srinagar, Mar 28 (UNI): Three local militants were killed by security forces in an encounter which ensued during a cordon and search operation (CASO) in the south Kashmir district of Shopian in the early hours of Thursday, official sources said.

Internet mobile service has been suspended in parts of south Kashmir as a precautionary measure to prevent rumours.

The CASO operation was resumed at first light this morning in Kulgam.

Several persons were injured, two of them with bullet wounds, when security forces and state police personnel opened fire and pellets to disperse demonstrators last evening.

Acting on a tip off about the presence of militants in Yarwan in snowbound Keller forest, troops of Rashtriya Rifles (RR), Special Operation Group (SOG) of Jammu and Kashmir police and CRPF launched a joint CASO early on Thursday.

Security forces, marching towards particular area in the forest, came under heavy fire from militants hiding there, they said, adding that the fire was returned, ensuing in an encounter.

Three militants were killed in the encounter, they said adding the bodies of all the militants were recovered from the forest. The operation was still going on when the reports last came in. The militants are reportedly from Pulwama district.

Security forces, with the first light, resumed CASO in Yaripora in Kulgam, where two youths received bullet injuries after security forces opened fire and also fired pellets. Several other persons were injured in the security force action on demonstrators who were trying to disrupt the operation at Kujar and Tangibal areas of Frisal in Kulgam yesterday.

Security forces launched a CASO in village Razloo Qazigund in Kulgam district on Thursday morning following a tip-off about the presence of militants.

They said all exit points were sealed and house-to-house searches launched by the security forces. No contact has been established with the militants, they said, adding that the operation was going on when the reports last came in.