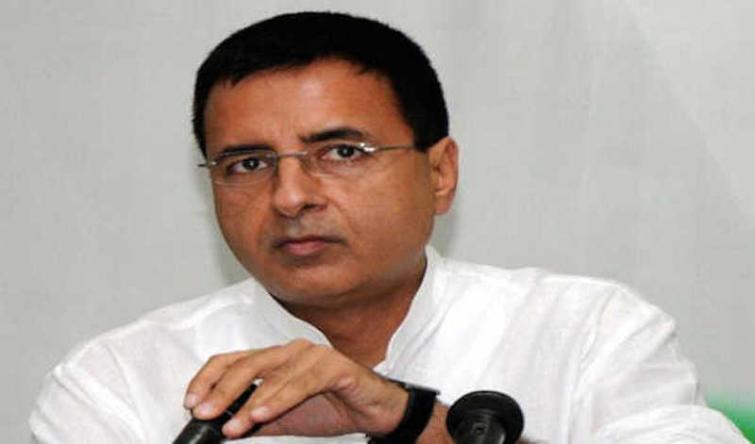 New Delhi, Mar 26 (UNI): Slamming the BJP and Finance Minister Arun Jaitley for calling the Minimum Income Guarantee (MIG) scheme proposed by the Congress a 'bluff scheme', the party on Tuesday charged the BJP of misleading people on the scheme.

The party said the BJP opposing a move that would enable Rs 6000 every month to poor families showed that it was "anti-poor".

"The BJP and their ‘blog minister’ are resorting to a false propaganda. The Congress president had stated on Monday and I am repeating that no existing scheme would be scrapped nor would any subsidy be removed. This scheme is not a replacement of MGNREGA or any other scheme,’’ he said.

Giving details of the scheme, announced by Congress president Rahul Gandhi on Monday, Surjewala said: "It is a women-centric scheme. The money will be transferred to the accounts of homemakers."

Clarifying that it was not a top-up scheme, Mr Surjewala said, "Twenty per cent poor families will receive Rs 72,000 every year. This scheme will be implemented for both urban and rural poor. Congress governments reduced India's poverty from 70 per cent during independence to 22 per cent . We will work for removing the 22 per cent remaining poverty in India. This is the world's biggest scheme for eradicating poverty."

"Hypocrite Modi can forgive Rs 3,50,000 crore of a handful of businessmen but giving Rs 72,000 for India's poor is troublesome for him. Why is BJP opposing this scheme? When Mr Modi can spend Rs 5,000 crore for his publicity and advertisements, why is he opposing Rs 72,000 for a poor family? It is very clear that being anti-poor is in the DNA of Modi and BJP," he said.

Calling the NYAY scheme as "an assault on poverty", Mr Surjewala said: "In its 2016-17 Economic Survey, the Modi government had accepted that during Congress regime the poverty was reduced. At the time of independence, there used to be 70 per cent poverty in the country, but in 2011-12 it was reduced to just 22 per cent. Our NYAY programme will eradicate remaining 20 per cent poverty."