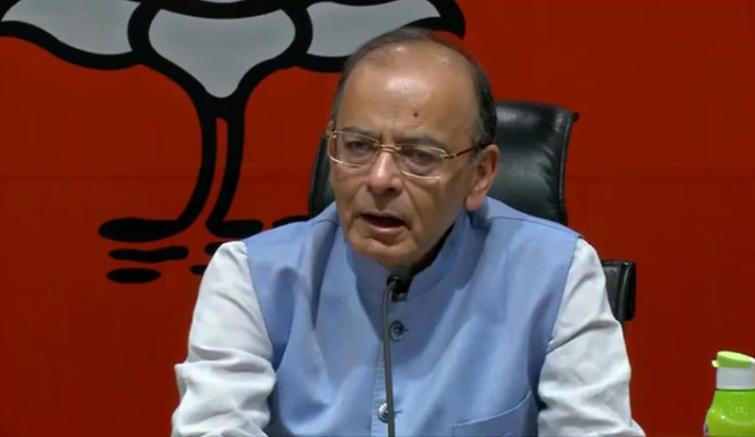 Sting op on noteban is only adding to humour mill: Arun Jaitley

New Delhi, Mar 26 (UNI) Close on the heels of the Congress allegation that the BJP workers had offered to exchange high value currency notes during demonetisation, the BJP on Tuesday dismissed the charge saying at best such ‘sting operation’ by opposition party would only add to the humour mill during the elections.

“Every election needs a few humorous breaks. After the London EVM fiasco, the UPA provided another one today,” Union Finance Minister and senior BJP leader Arun Jaitley said in a series of tweets.

He said the UPA has no real issue to raise and was relying on the fake ones only.

“The ‘Fakery Caravan’ of the UPA continues to move. After a fake BSY Diary, a fake sting. When there are no real issues, rely on ‘fakery’.

“Was the creator of the London fiasco on the EVMs and the fake UPA sting today the same?” he added.

Earlier in the day, Congress leaders Kapil Sibal and Ghulam Nabi Azad had released a video and alleged that a 'BJP worker' had offered to convert demonetised currency into new notes at a commission of 40 per cent in Ahmedabad post noteban in 2016.