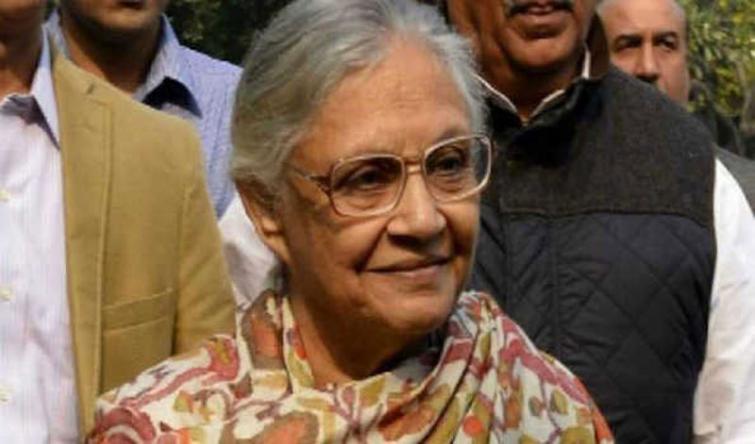 New Delhi, Mar 26 (UNI) Hailing the minimum income gurantee scheme proposed by Congress president Rahul Gandhi that promises Rs 72,000 per annum to poorest 20 per cent families of the country if the Congress party comes to power, Delhi Congress chief Sheila Dikshit called it as a 'blueprint of the New India'.

Addressing the mediapersons, Ms Dikshit said,''NYAY scheme of the Congress party that provides minimum income support to the poor families in the country is the blueprint of a new India, we must celebrate this scheme''.

Dikshit said people who do not have a source of income will receive Rs 6000 per month in their bank account through the minimum income scheme which was announced by Congress chief Rahul Gandhi, if the Congress comes to power in the Lok Sabha elections.

"People across the nation have appreciated the scheme and we welcome it," said Ms Dikshit.

However, no announcement was made regarding the Congress and Aam Aadmi Party (AAP) alliance for the upcoming Lok Sabha elections 2019.

''We will let you know whenever it is decided,'' she said.