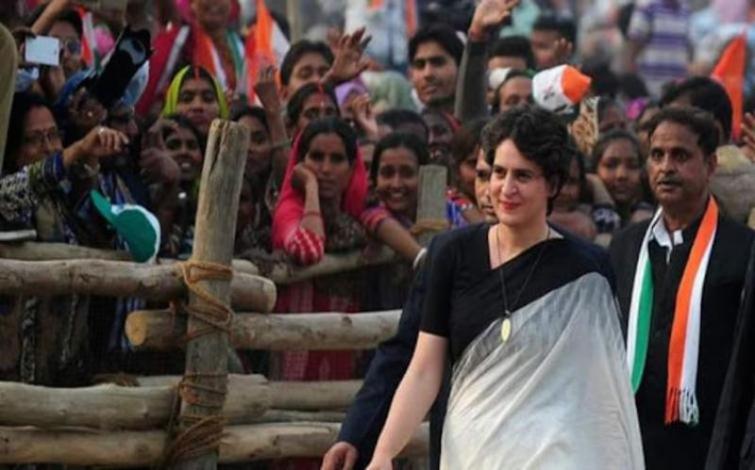 Happy that money of NYAY scheme will be handed over to accounts of women members of the family: Priyanka Gandhi

New Delhi, Mar 26 (IBNS): Congress leader Priyanka Gandhi Vadra on Tuesday said she feels happy that the money to be given to poor families across India as per the Minimum Income scheme as proposed by her party if voted to power will be given in the accounts of women members of the family.

"I am feeling happy that by NYAY scheme 72ooo yearly will be handed over to the accounts of women member of the family," she tweeted.


In a bid to attract more voters, Congress president Rahul Gandhi on Monday came out with a Rs. 72,000-crore minimum income scheme for all poor people of the country and described it as a 'surgical strike' on poverty.