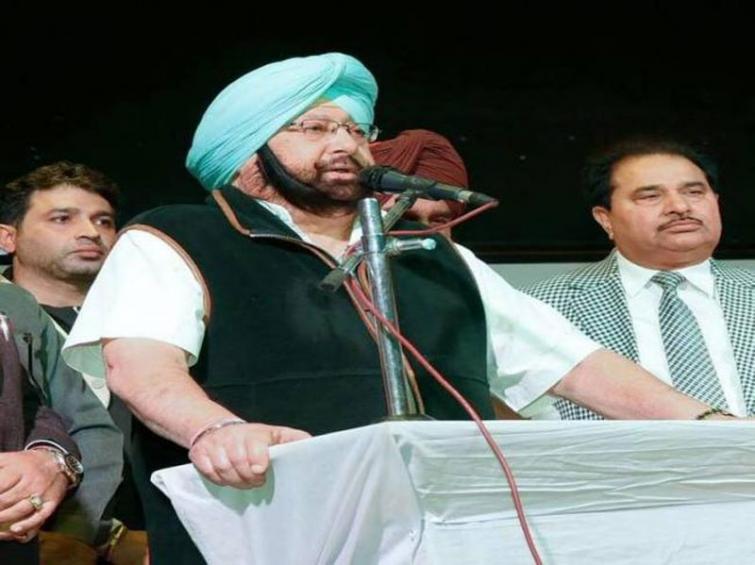 Chandigarh, Mar 25 (UNI): Punjab Chief Minister Captain Amarinder Singh on Monday hailed AICC chief Rahul Gandhi's promise of Rs 72000 each a year as minimum income to 20 per cent of India's poorest families as a path-breaking initiative by the Congress, which was completely focused on constructive policies, in sharp contrast to BJP's destructive and disruptive game-plan for the Lok Sabha elections.

"With one stroke, Gandhi had brought hope into the lives of the country's poorest of the poor and exposed the Narendra Modi government's failure to reach out to the 250 million people, who would benefit from the Congress president's proposed minimum income guarantee scheme," said Captain Singh.

As per the scheme, any family earning less than Rs 12,000 a month would receive Rs 6,000 every month, the Chief Minister pointed out, adding that this would bring 50 million families out of the stark penury, in which they were barely surviving.

Instead of wasting time in countering the BJP's negative poll propaganda,  Gandhi was whole-heartedly focusing on figuring out ways of addressing the basic problems of people of India, who had suffered abominably under the Modi government, Capt Singh said in a statement issued here.

"While the Modi government was busy politicising the defence forces and trying to take credit for the recent IAF strikes across the LoC, the Congress led by Rahul was engaged in exploring ways to alleviate the sufferings of the people,"
said the Chief Minister.

Capt Singh lashed out at BJP for failing to deliver on any of its promises, including employment for youth and doubling of the farmers' income, over the past five years.

"The BJP leaders were busy filling their own pockets at the expense of the common people of India, whose conditions had worsened under the Modi government," he added.

The Chief Minister lambasted the ruling party over its attempts to centralise the election campaign on the defence forces in order to neutralise the people's grievances on issues of their livelihood and basic necessities.

This, he said, was being done to cover up the gross failures of the Modi government on all fronts.

"Prices of essential commodities have spiralled out of control in these five years, farmers were committing suicide due to their unmanageable debts which the central government had adamantly refused to waive off, and youth were struggling against the problem of unemployment created by the Modi government," said the Chief Minister.

BJP, he said, had no answers to the questions of people of India, who wanted to know why the Modi government had failed to fulfil its much-touted promises.

"And so they were trying desperately to take refuge behind the armed forces, which had always remained a neutral institution working selflessly in the cause of the nation," said Captain Amarinder.

Instead of latching on to the armed forces and their achievements, the BJP should focus on governance, which was what India was getting ready to vote for, he said.

"The people of India already know what the armed forces had done or were doing, what they now want to know is what the BJP has done in the last five years to deserve another term," he asked.

Rather than finding fault with the scheme announced by Gandhi, BJP should concentrate on responding to this question, which was on the lips of every Indian at this crucial juncture in democratic India's progressive journey, the Punjab Chief Minister said.