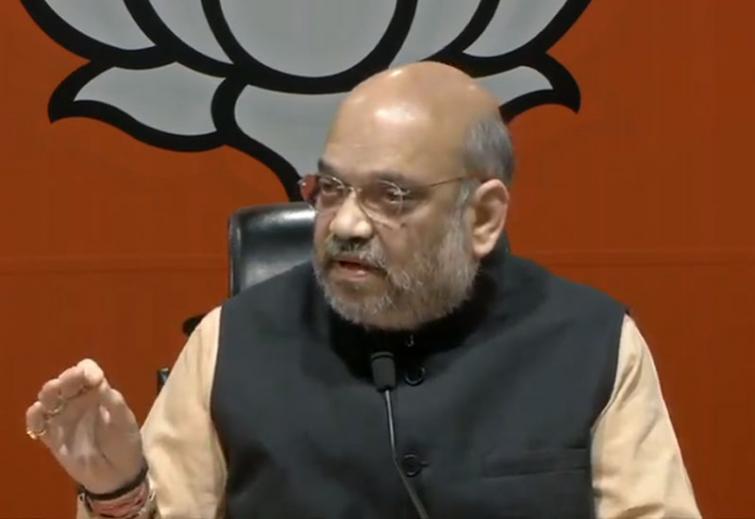 Kolkata, Mar 25 (UNI) BJP president Amit Shah is likely to kickstart party's election campaign in West Bengal on March 30 with two rallies in north Bengal's districts where the first-phase poll is scheduled to be held on April 11.

Party sources said Shah immediately after his arrival at Bagdogra airport will be taken to Cooch Behar, the northern most district of the state and then to Raigunj in North Dinajpur.


Shah is also expected to come again on April 2 to address a rally at Jalpaiguri, also in north Bengal for 2nd phase polling campaign.


Meanwhile, arrangements are being made for Prime Minister Narendra Modi's Brigade Rally on April 3 where the party sources believe to have a record attendance.


Modi will have a first rally at Siliguri, the commercial town and gateway of north Bengal, and then arrive this city for Brigade Rally, first of its kind for saffron brigade, where some 10 lakh people could be accommodated at a time .


Party sources said they are contemplating erection of shamiana or shade in patches for protection of the people from scorching sun.


They said materials from Jharkhand and Delhi were being brought for such shade or sort of cover and proper drinking water facilities for the people.


West Bengal is one of the priority states for the BJP in the country.


The saffron party, which bagged two Lok Sabha seats in the state in the 2014 elections, is now targeting 23 of the state’s 42 constituencies.


Lok Sabha elections will begin on April 11 and continue for over a month till May 19 across seven phases, followed by counting of votes on May 23.