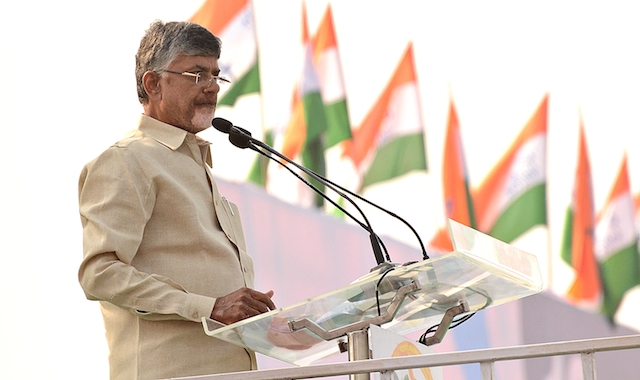 TDP decides not to contest Lok Sabha polls in Telangana

Hyderabad, Mar 25 (UNI) The Telugu Desam Party on Monday decided not to contest the Lok Sabha election in Telangana, for the first time, since its formation in 1982.

The decision was taken in protest against the undemocratic ways being adopted by BJP and proxy TRS, Telangana Telugu Desam Party (TTDP) President L Ramana said in a release here.

Both the parties (BJP and TRS) were working against democracy and the constitution, he alleged that the ruling TRS party is acting as a dedicator and trying to suppress the opposition party’s voice in the state.

In a view of this, he gave a clarion call that all democratic ideology people should work unitedly against the undemocratic ways of BJP and TRS.

In the coming days, the party would work hard to regain the old glory of the party, founded by late N T Rama Rao.

In 2014, the TDP won only one Lok Sabha seat in Malkajgiri and the party MP Ch Malla Reddy subsequently joined the TRS.

The TTDP also suffered another jolt after party veteran Nama Nageswara Rao, the former Khammam lawmaker, quit the party and secured a ticket to contest from the ruling TRS.

The TDP had contested the Assembly election in Telangana in December last as part of an alliance with the Congress, CPI and Telangana Jana Samiti (TJS).

TDP and Congress won two and 19 seats respectively in the 119-member house. The CPI and TJS drew a blank.